We will foil all efforts of enemies aimed at destabilizing peace: COAS
Recent View all

Home  »  National • News   »   We will foil all efforts of enemies aimed at destabilizing peace: COAS 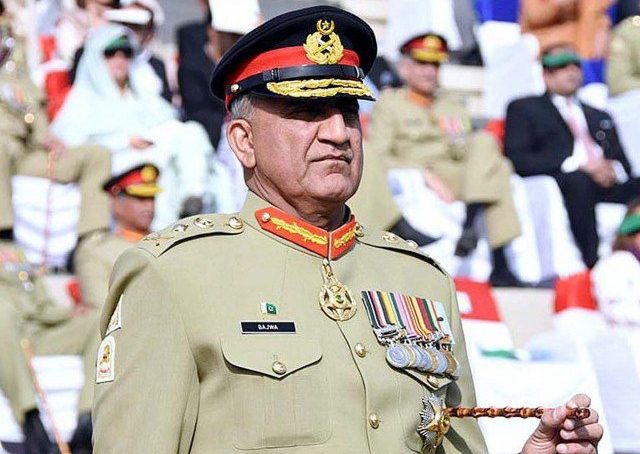 We will foil all efforts of enemies aimed at destabilizing peace: COAS

General Qamar also paid glorious tributes to security guards who lost their life as first responders, vigilantly checking the entry of terrorists to the PSX and foiling a major incident of terrorism.

With support of our resilient nation, we will foil all efforts of enemies aimed at destabilising hard earned peace achieved through sacrifices of our martyrs,” the ISPR quoted the COAS as saying.

Gunmen targeted the PSX building earlier in the day, martyrdomng two guards and a policeman until all four of the attackers were killed by security forces.

The Baloch Liberation Army (BLA) asserted responsibility in a Twitter post but Reuters was not able to verify the claim’s authenticity and the group’s spokesmen were not available for comment.

The police chief, Ghulam Nabi Memon, told Reuters that after pulling up in a silver Corolla car the gunmen attacked with grenades and guns.

They tossed a grenade out of the compound at security men and then opened fire on a police post. When security forces posted their response, the four were killed.

Their car was abandoned where they left it.

During the attack, the Pakistan Stock Exchange failed to suspend trade. Its main KSE-100 index fell by 220 points but it recovered later and was 242 points higher when the market was closed.