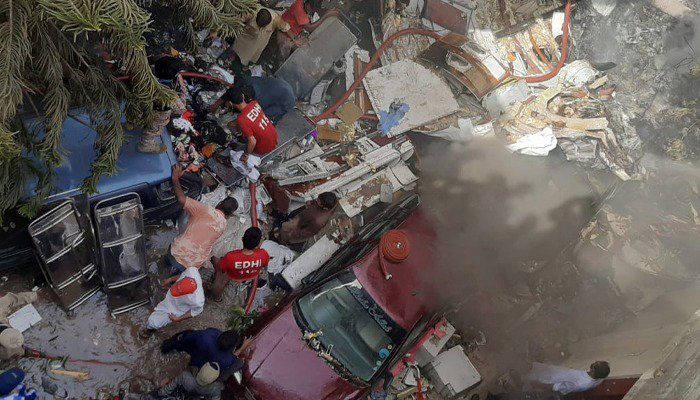 The process of eliminating the debris of the doomed PIA plane that crashed last week in Karachi’s Model Colony area began on Wednesday, barring the aircraft’s engine, landing gear, and avionics.

Removal of the rubble started after consent from the Airbus investigation team that had reached Karachi on Tuesday. The experts have also gathered vital evidence from the crash site.

Trawlers, heavy equipment, and several other vehicles were being used to move the parts of the crashed plane; nevertheless, its engine, landing gear, and avionics were left behind until the Airbus’ team of experts finished their work.

Drone cameras were also expected to be used during the probe at the crash site and the 11-member fact-finding team would use forensics to investigate the crash.

No decision made to ease or tighten lockdown in Sindh: Nasir Hussain Shah