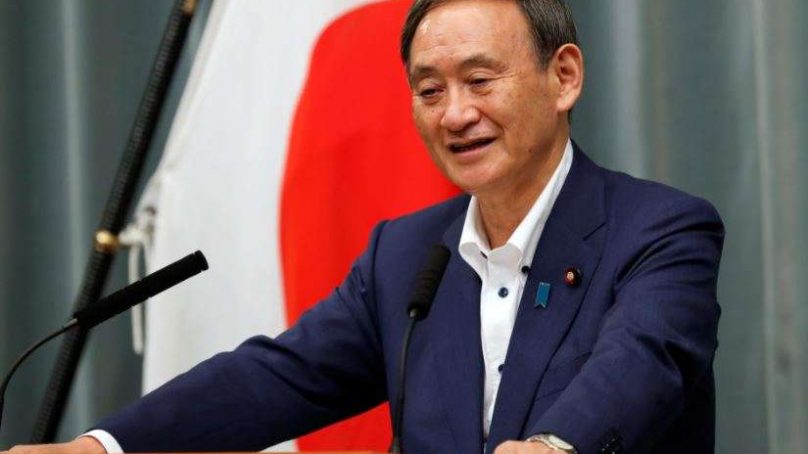 Japan’s chief cabinet secretary Yoshihide Suga is set to become the country’s next prime minister after he was elected successor by the governing party to outgoing leader Shinzo Abe on Monday.

Mr Suga won the vote with comfort, securing 377 of the 534 eligible votes cast by Liberal Democratic Party lawmakers and regional representatives, clearly ahead of his two rivals.

Due to the obvious legislative majority of his party, he is expected to secure a parliamentary vote handily on Wednesday and become prime minister, replacing Mr Abe, who retires for health reasons.

The 71-year-old has reiterated his pledge to pursue the policies of Mr. Abe as he acknowledged the nomination of the party as leader.

“In order to overcome the crisis and give the Japanese people a sense of relief, we need to succeed in what Prime Minister Abe has been implementing,” he added. “This is my mission.” Even before he formally announced his run, the 71-year-old Suga had won the support of key factions within the ruling party, with his candidacy viewed as promising stability.

The LDP opted to vote only its lawmakers in parliament and three representatives from each of the 47 parts of the country, excluding a larger ballot involving rank-and – file members that officials said it would take too long to arrange.

Mr Abe, who broke records as Japan’s longest serving prime minister for over two terms in office for more than eight years, refused to endorse any particular politician.

But he pledged to “fully support” Mr Suga after his win, saying he had watched him “working hard and quietly for the nation and people” in his role as chief cabinet secretary.

“Let’s build a shining Japan by overcoming the coronavirus crisis, with new LDP chief Suga at the helm,” he added.

Mr Abe made the surprising announcement that he would step down with a year remaining in his mandate at the end of August, saying that a recurrence of the ulcerative colitis that he had been treating for a long time made it difficult for him to hold on.

Analysts believe Mr Suga is unlikely to make any big reversals to the agenda and the candidate himself said his run is meant to ensure that Mr Abe ‘s main policies proceed.

The next prime minister will be faced with a raft of dynamic problems.

Before the coronavirus pandemic, the world was already in crisis and much of the benefits from the signature Abenomics economic strategy are now in danger.

Mr. Suga said kickstarting the economy, along with combating the virus, would be a top priority – essential if the postponed Tokyo 2020 Olympics are to open as scheduled in July 2021.

Diplomatic challenges are also on the agenda, including maintaining the US alliance and managing relations with China as global opinion hardens against Beijing after the Hong Kong coronavirus and unrest.