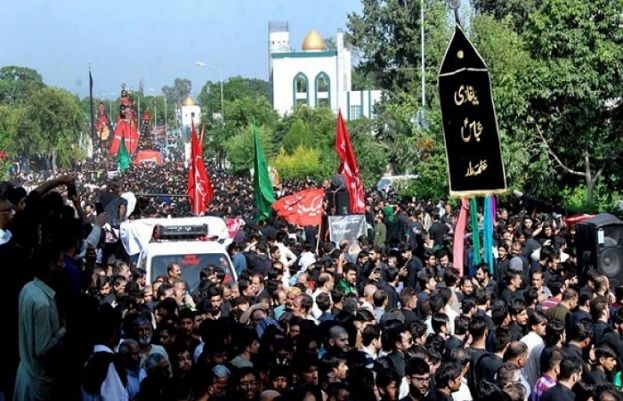 On Sunday, Youm-i-Ashura was observed nationwide to pay homage to Imam Hussain and other Karbala martyrs in the midst of tight security arrangements to shield mourners from untoward incidents.

Processions were carried out in different cities as thousands of security forces shielded the mourners while mobile phone services remained suspended in areas across the country too.

Prime Minister Imran Khan tweeted that there were three important messages to take away from Imam Hussain and the martyrs of Karbala.

“One, immortality is earned by those who give the supreme sacrifice of their lives to stand against tyranny & injustice. It is not earned simply by being rich, powerful or educated.

“Two, throughout history many great Muslims have been inspired by Karbala & sacrificed their lives to stand against oppression, colonial rule, injustice.

“Three, today the struggle continues against oppression of occupation & injustice in occupied Kashmir.”

The Premier added that Karbala should “inspire” the Kashmiris, who had fought against the worst form of military oppression and tyranny, to remain steadfast in their courage.

“Their struggle against tyranny & injustice will succeed as the martyrs of Karbala showed us.”

Foreign Minister Shah Mahmood Qureshi took to Twitter to share the lessons that could be learnt from Iman Hussain’s legacy.

“Let us draw strength from the legacy of Imam Hussain Ibn e Ali (R.A), the embodiment of bravery and determination in the face of oppression and tyranny. May we learn to meet every challenge ahead with the same fortitude and courage.”