Pakistan and Its Achievements Since the Independence - Rava.pk
Recent View all
News
Read more

Home  »  Opinion   »   Pakistan and Its Achievements Since the Independence 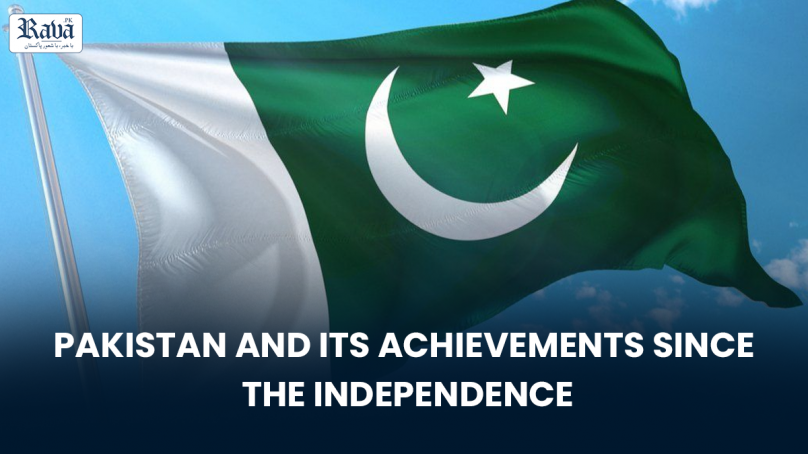 Pakistan and Its Achievements Since the Independence

Pakistan will be celebrating 74 years of independence in 2021. And in these 74 years, our country has achieved some great milestones that made us proud as a nation. In times like these, it is important to remember the achievements of our country that set Pakistan apart from the rest of the world. Here we have a list of accomplishments of our country since its independence.

1947: The biggest achievement of a country is its birth. Pakistan came into being on August 14, 1947, after the untiring struggles of our leaders and the sacrifices of the people of those times.

1948: Urdu was declared as the national language of Pakistan and the State Bank of Pakistan was established.

1957: The president at that time Iskandar Mirza laid the foundation of the State Bank of Pakistan in Karachi.

1967: The first steel mill of Pakistan was developed in Chittagong.

1973: The Steel Mill of Pakistan laid its foundation.

1976: The train service from Amritsar to Lahore started by the name of Samjhota Express.

1977: Instead of Sunday, Friday was announced as the weekly holiday.

1979: Dr. Abdus Salam won the Nobel Prize for his immense contribution to the field of Physics.

1988: Benazir Bhutto took an oath as the first woman Prime Minister of Pakistan.

1989: Pakistan became the part of Commonwealth.

1991: Jahangir Khan won British Open Squash for the tenth time in a row and made history.

1992: One of the most memorable wins in the history of Pakistan took place. Pakistan defeated England by 22 runs and won the 1992 Cricket World Cup under Imran Khan’s captaincy.

1992: Alam Channa made it to the Guinness Book of World Records as the tallest man in the world.

2001: Army Chief Pervez Musharraf swore in as the head of the state.

2012: Sharmeen Obaid Chinoy became the first-ever Pakistan to win an Oscar at the 84th Academy Awards.