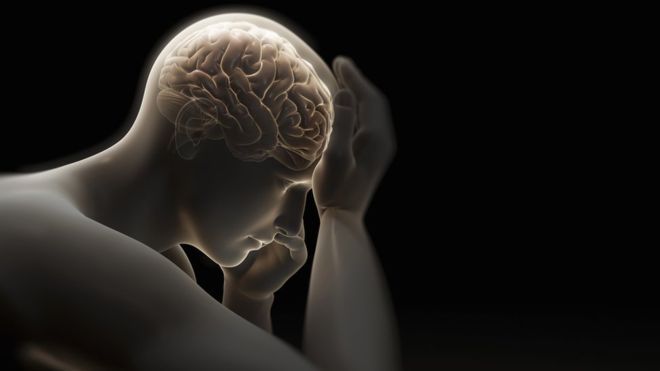 4 scientists explain how poverty can affect our brain

What price does our brains charge poverty?

This may be due to poor nutrition, stress due to the family environment in which they live or the lack of attention they receive from their parents, among other factors.

But an increasing number of scientists suggests that maybe there is something else.

Can poverty change our way of thinking?

The BBC analyzed this issue from four perspectives with different experts.

“Ask a group of people to memorize a seven-digit series, can they remember 7, 4, 2, 6, 2, 4, 9?” Proposes Eldar Shafir, professor of behavioral science and public policy at the University of California. Princeton, United States.

“While you keep this in your short-term memory, trying not to forget it, your mind is literally full, you have less cognitive space for other things,” he explains.

Much of the work developed by Shafir suggests that living in a situation of poverty, having to juggle the few resources you have and in constant concern about how you are going to make ends meet is like having those seven digits in your head all the time.

“This makes you forget other things, you have a limited attention span, ” he says.

In his work to prove the direct relationship between poverty and the functioning of the brain, the teacher has made different experiments.

In one of them, he told people with limited resources and well-placed people that they had to face a repair of their vehicle.

He told some that it would cost US150 and for others the bill amounted to US $ 1,500, regardless of their economic position.

He then gave everyone a series of cognitive tests.

When analyzing the results, Shafir observed that the rich performed equally in the tests, regardless of the amount they had to pay in the workshop.

In the case of the most disadvantaged, they performed better when the car bill was lower.

“It’s a very significant amount, it can make the difference between being in the middle or being gifted, for example.”

Shafir’s experiment suggests that intelligence can be affected in the short term by a situation of poverty.

But can it be said that poverty produces long-term brain changes?

“I love interacting with older people,” Adina Zeki tells the BBC Hazzuri professor at the University of Miami that investigates the impact of society on our health

At first he thought he would analyze his favorite people, the elderly, but he has just completed a follow-up work of 3,500 adults who were between 18 and 30 years old in 1985.

For two decades, the individuals said what income they had.

“We wanted to measure the influence of having low income during a sustained time on brain function,” he says.

They underwent three tests that are very reliable to detect cognitive aging.

“We found that people who were in poverty all the time during those 20 years had much worse results than those who never lived that experience, ” he says.

Al Hazzuri admits that it is difficult to establish what occurs first: that the brain does not work well and then one is poorer or the other way around.

To avoid that unknown, the researchers did another analysis taking as sample only people who had a high educational level and were healthy at the beginning of the study.

“The association between poverty and cognitive function was maintained,” says the professor.

“I would say that poverty changes without a doubt how we think”.

3. Brake to the development

If we used to talk about older people and brain aging, now we stop to think about the little ones.

“It breaks the heart to see first-hand the impact that scarcity has on a child,” laments Katie McLaughlin, a professor of psychology at the University of Washington.

McLaughlin specializes in the study of children in their first years of life, which is when the brain has a greater development.

“If we can understand how this extreme form of deprivation affects brain development, maybe we can learn something about what happens in the brains of children who grow up in poverty,” he says.

In his research, McLaughlin found that the brains of children in worse conditions are weakening, especially in the areas that process complex language.

“Neural circuits and connections designed to process that information, if not used , disappear,” he explains.

“If this happens continuously and on a large scale, it contributes to a narrowing of the cortex.”

McLaughlin adds that the weakening of external gray matter in the brains of children from Romanian orphanages has also been observed in children in poor areas of the United States.

The researcher believes that the brains of Romanian children were damaged by not receiving enough stimuli from the environment, because they were not spoken to or played with them enough.

And in a certain way he thinks that the same thing happens with small Americans.

However, the expert acknowledges that she can not ensure 100% that there is a cause-effect relationship between poverty and brain deterioration.

4. Is there clear evidence?

“I think there is more and more evidence to establish the relationship between poverty and brain changes but it is a relatively recent field of study,” says Charles Nelson, professor of pediatrics and neuroscience at Harvard University.

Has anyone shown that poverty is causing changes in people’s brains, or is poverty simply associated with these changes?

“The simple fact of not earning a certain amount of money does not cause anything,” says Nelson

” It’s what’s related to not having a certain amount of money that seems to cause these results we’re talking about .

“For example, the shortage of food or not having good access to medical care or high level of stress in the family that can lead to lack of care,” he says.

There is no doubt that the interest of science in deciphering the relationship between poverty and the brain is growing, but we already knew that poverty is bad for our health, why is it presented as something new?

“The tools are more sophisticated and allow us to look in the brain, something we could not do 10 years ago,” says Nelson.

And although it is something known, it is good that it generates attention.

“Beautiful images of the brain seem to have more impact than photographs of hungry children, and I think they make people see that there is a biological price paid for growing up in poverty,” Nelson concludes.

Yakeen Ka Safar Ends and it left us feeling like emotional potatoes!