"No sex without a fight": the country where 48 women are raped every hour - Rava
Recent View all
News
Read more 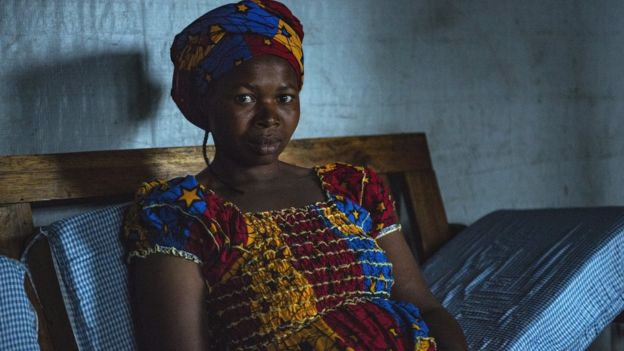 “No sex without a fight”: the country where 48 women are raped every hour

“Sex with her was like fighting, I did not care what clothes she was wearing, I just ripped everything off.”

Who makes this statement is Moises Bagwiza, a man from the Republic of the Congo who now reflects with regret on his past.

And his accounts of how he treated and raped his wife, Jullienne, are sincere, graphic and disturbing.

In a modest bungalow in the quiet village of Rutshuru, in the eastern Democratic Republic of the Congo, Bagwiza recalls a particular attack when his wife was four months pregnant.

“I turned around and gave her a little kick in the stomach,” she says, while describing that she fell to the ground and was bleeding. Concerned neighbors quickly took her to the hospital.

His crime? Jullienne had been secretly saving money for household expenses through a local women’s organization.

Before the attack, she had refused to give her husband money for a pair of shoes.

“It’s true, the money was his,” says Moises Bagwiza. “But as you know, nowadays, when women have money they feel powerful and they show it .” 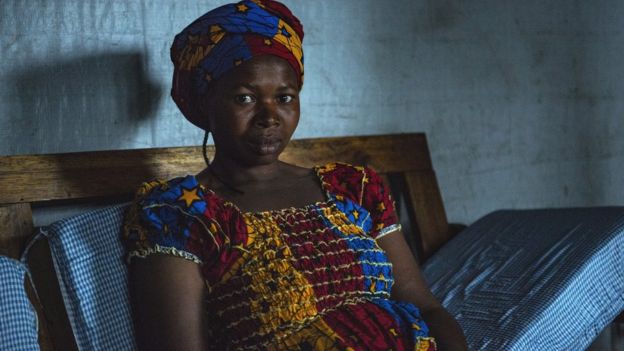 Image caption Jullienne Bagwiza says there was no sex without fighting when her husband was at his worst.

This resentment is at the heart of what some call a crisis of modern African masculinity.

For centuries, men were educated with clearly defined ideas of what it means to be a man: strength, emotional indifference, protection, and being the provider of their family.

But the evolution of gender roles, including greater female empowerment, combined with high levels of male unemployment, is frustrating men’s ability to live up to those traditional ideals of virility.

And for some men like Bagwiza, a woman who has financial independence represents an existential threat that leads to crisis.

He felt that violence was the only way to communicate with his wife.

“I thought it belonged to me,” he says. “I thought I could do what I wanted with her, when I came home and she asked me something, I hit her.” 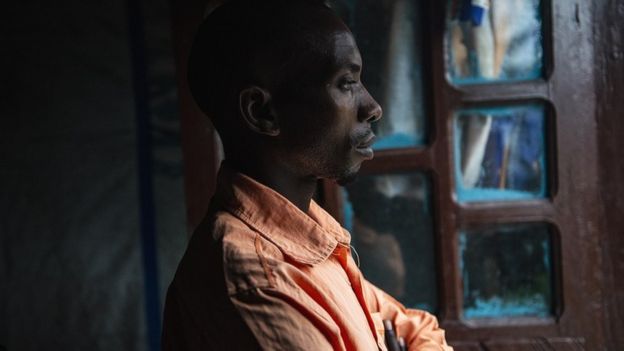 Image caption Moises Bagwiza says he believed his wife Jullienne belonged to him.

The case of Bagwiza is far from unique.

The Democratic Republic of the Congo has one of the highest rape rates in the world, and an estimated 48 women are raped every hour , according to a study by the American Journal of Public Health.

Many experts attribute the country’s rape crisis to a long-standing conflict in the eastern part of the territory, where rival militia groups commonly used rape and sexual slavery as a weapon of war.

But the main cause of rape in the Democratic Republic of the Congo is much deeper, according to Ilot Alphonse, co-founder of the NGO “Congo Men’s Network” (Red de Hombres del Congo), based in the city of Goma, very close to Rutshuru.

“When we talk about sexual violence only in the context of an armed conflict, we are a little lost,” he says.

“We have inherited this way of treating girls like to subjects . The men believe they are entitled to have sex all the time. The cause of sexual violence is the power and position that Congolese men have always wanted to keep.” 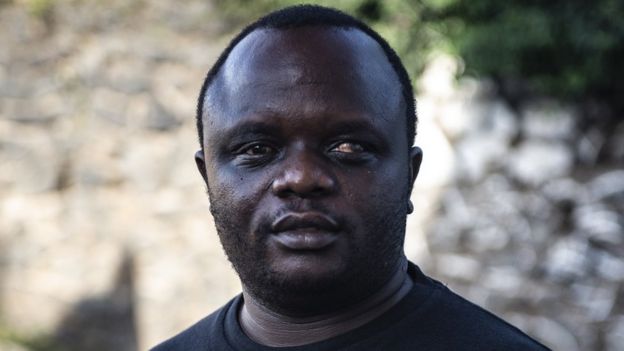 Image caption Ilot Alphonse co-founded the Network of Congolese Men after his own experiences of toxic masculinity.

Danielle Hoffmeester, of the Institute for Justice and Reconciliation (IJR) in South Africa, agrees.

She believes that gender violence is directly related to the way men are socialized since childhood and their inability to comply with the strict rules of traditional African masculinity.

“Providing is very important in manhood and the inability of men to support their families led many of them to compensate for this ‘failure’ in frequently toxic and violent ways ,” he says.

Image caption The Men’s Network of the Congo association says men in the eastern Democratic Republic of the Congo are increasingly attending their meetings.

Ilot Alphonse says that in the past he was both a perpetrator and a victim of violence.

“At school they hit us, at home they beat us, and in the town we organized fighting sessions,” he describes.

Alphonse points out that he internalized the violence that later became a way to communicate.

“Sometimes I hit my girlfriend, and it was for her to apologize, I remember one day when we were still kids, I had a fight with my sister and I threw a knife at her.”

Anti-rape initiatives that have tried to combat rape in Africa have typically focused on women who are the majority of victims and men were excluded because they are often the perpetrators.

Image caption The group discussions aim to “reconnect” the focus of men on masculinity.

But for Alphonse these initiatives address the symptoms rather than the root causes of sexual violence.

“We are fighting against gender-based violence,” he says.

” We have to involve men and boys who are part of the problem , so that they have a space to change things because they have influence in the community.”

And that is exactly what Alphonse and his colleagues did.

They have created the Baraza Badilika , a contemporary version of old meeting spaces where men came together to solve the problems of the community and initiate the children to manhood.

According to Alphonse, with the successive conflicts that devastated villages and destroyed lives, these spaces were almost eradicated, which led to the lack of masculine models for young men.

While the traditional Baraza Badilika (which in Spanish means something like the Circle of Change) was attended by men only, this new meeting of the 21st century gives women leadership roles.

Each week, around 20 men gather at the Baraza for two hours to learn about positive masculinity, gender equality and fatherhood.

The workshops are supervised by a male and a female facilitator, who use films, picture books and psychodrama sessions to “reconfigure the brains” of those who practice sexual violence.

Alphonse says that most women tell him that their husbands have changed after attending workshops.

Bagwiza has also come a long way since hitting his pregnant wife.

“Of course it is not (a change) 100%, we are human, but many things improved dramatically, now we have conversations and our sexual relationship improved a lot”.

Image caption A facilitator (center) leads a discussion on positive masculinity at a meeting of the Congolese Men’s Network.

Alphonse is determined to reach “all men” in the Democratic Republic of the Congo with his philosophy of positive masculinity.

“We dream of seeing the end of all forms of violence in this country, so that we can build a society for men, women, boys and girls,” he says.

Archie Harrison Mountbatten-Windsor: What is the origin of the name of Meghan’s son Markle and Prince Harry?

How parents can help their teens get through depression