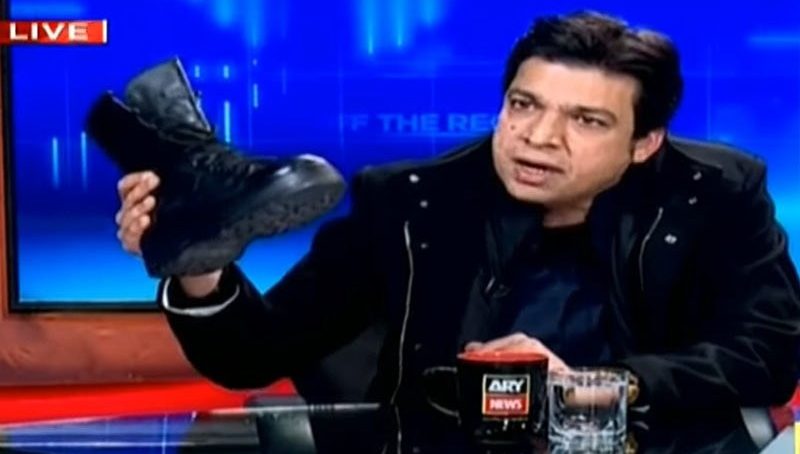 Taking notice of federal minister Faisal Vawda’s boot stunt from a few days ago, Prime Minister Imran Khan banned the minister on Thursday from appearing on any talk shows for two weeks.

Vawda appeared on a talk show a few days ago and ridiculed the PML-N slogan “Vote Ko Izzat Do” by saying “Boot Ko Izzat Do”, censuring the party for deviating from its viewpoint and giving unconditional support for the services chief’s tenure bills. He stunned everyone by plonking a black boot on top of the table.

“I am going to bring this boot to every talk show,” he said. “This is how democratic the PML-N is. They lie down to kiss the boot,” he added.

When asked why he was panning the PML-N for supporting the PTI government on the Army Act bill, Vawda said: “It was our stance. We were doing it for the Pakistani nation and we stood firm [on our stance].”

Special Assistant to the Prime Minister for Information and Broadcasting, Firdous Ashiq Awan, confirmed that the premier had banned Vawda from appearing on any talk shows for two weeks.