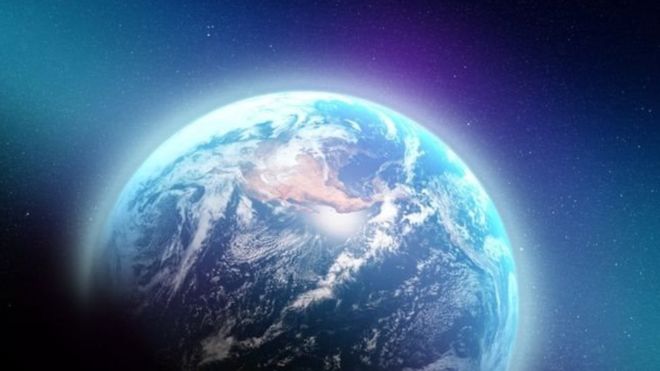 The temperature of the planet has already increased on average one degree centigrade since the pre-industrial era. It should not increase more than 1.5 degrees if the most catastrophic effects of climate change are to be avoided, according to the IPCC.

“It may sound scary, but the scientific evidence indicates that if drastic actions are not taken in the next 10 years, we can face the irreversible damage of the natural world and the collapse of our societies.”

The well-known British naturalist David Attenborough summed up the threat of global warming in a recent BBC documentary, “Climate change: the facts”.

Climate change “is happening in real time before our eyes,” said Michael Mann, a professor at Pennsylvania State University and one of the most respected climate scientists on an international level.

From the intensification of rains to the increased frequency of hurricanes and devastating heat waves, the reality of global warming is becoming clearer.

We explain 10 key terms to understand the phenomenon that Attenborough describes as “the greatest threat faced by humanity in thousands of years”.

Image caption The red color shows the places where the temperature separated more than the averages of previous years between 2014 and 2018.

It is a fundamental number according to the Intergovernmental Panel on Climate Change, IPCC.

In its October 2018 report, the IPCC noted that emissions of CO2 or carbon dioxide should fall by 45% by 2030 if the most catastrophic effects of global warming are to be avoided .

The measurement of 1.5 degrees is in relation to the temperature of the planet in the pre-industrial era, in the second half of the 19th century.

The temperature of the Earth has already increased by 1 degree, and the increase has been double in the Arctic.

Changes in climate, including temperature, intensity of rainfall and extreme weather events such as hurricanes and heat waves.

The term climate change is broader than global warming, which refers only to the increase in temperature.

Image caption CO2 emissions must fall by 45% by 2030 to avoid the most catastrophic effects of climate change, according to the IPCC.

There is no longer any doubt that these changes are due in large part to human activity , specifically to the emission into the atmosphere of large quantities of greenhouse gases such as CO2 and methane.

Greenhouse gases (GHGs) trap the radiation that the surface of the Earth emits after heating when receiving sunlight.

The greenhouse effect is a natural phenomenon that makes the temperature of the Earth compatible with life, but human action increased greenhouse gas emissions to such high levels that are changing the climate of the planet.

The main greenhouse gases are:

– Dioxide carbon or CO2 , mainly emitted by burning fossil fuels such as oil, as well as deforestation.

– Methane or CH4 , shorter than CO2 but with an effect of catching radiation at least 20 times higher. Its origin is in fermentations produced by anaerobic bacteria in marshy areas, crops such as rice and emissions from the intestinal tract of cattle.

–Nitrous oxide N2O : occurs mainly through the massive use of nitrogen fertilizers in intensive agriculture and power plants, aircraft engines and manufacturing.

The amount of carbon emitted by an individual or organization in a given period, or issued during the process of manufacturing a product.

Recently, Swedish teenage activist Greta Thunberg toured Europe by train to carry her message about the urgency of facing what she describes as “the existential crisis” of climate change.

Thunberg refused to travel by air, saying he wanted to reduce his carbon footprint. It is estimated that when traveling by train a person generates 15g of CO2 per km, while when flying by plane it causes an emission of 100g per km.

A process in which net CO2 emissions equal zero.

This does not mean that the country will not emit greenhouse gases.

When we speak of net emissions equivalent to zero, this implies that the CO2 released into the atmosphere must be compensated by the absorption of carbon by other methods, such as the planting of forests.

Feedback mechanisms can be positive (increase the rate of warming), or negative (reduce it).

In the case of positive feedback, phenomena produced by climate change trigger other processes that in turn aggravate and accelerate global warming .

Copyright of the GETTY IMAGES imageImage caption The temperature increase in the Arctic has been double that in the rest of the planet.

One of the most serious examples of positive feedback is the so-called Arctic amplification, which explains why the temperature has increased on average in the Arctic more than in the rest of the planet.

The ice reflects the sunlight, but as the dark ocean melts, it absorbs that radiation, heating up and in turn causing more ice to melt.

Technology that could be used to stop and even reverse global warming. Some of the mechanisms considered are the capture of CO2 from the atmosphere and its storage in underground form .

Image caption Alguas proposals for geoengineering seek to block or divert light from the Sun that reaches our planet.

Other examples are the launching of aerosols into the atmosphere that reflect light or even the deployment of giant mirrors for the same purpose.

Some scientists have warned that these are unproven technologies with potential consequences that are not yet understood.

Others point out that geoengineering will be necessary in the absence of drastic efforts to reduce CO2 emissions.

Point of no return

Describe how, due to feedback mechanisms, climate change can pass a ” tipping point ” or point of no return in which it will be much more difficult to stop or reverse it. 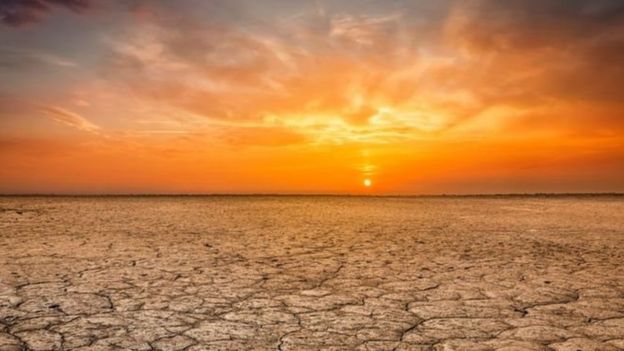 Image caption If the warming passes a certain level it may not be possible to stop it even if there are drastic emissions cuts.

In other words, the process would be aggravated by its own internal mechanics , independently of the actions that can be taken to reduce the emission of greenhouse gases.

Acidification of the oceans

Oceans absorb around one third of CO2 emissions.

But the large amounts of this greenhouse gas captured by the oceans have had a great unwanted effect, by lowering the pH of the water and making it more acidic. 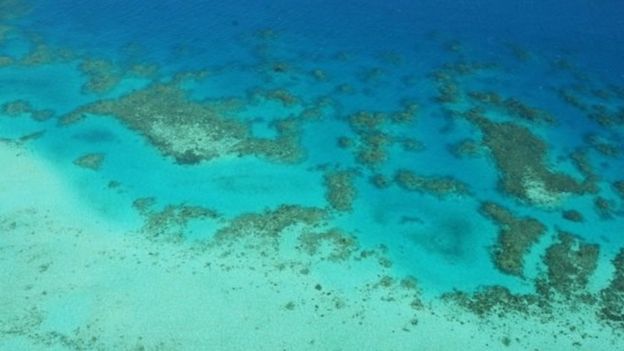 Image caption The CO2 absorbed by the oceans made the water more acidic, which seriously impacts on marine organisms.

The acidification of ocean waters has serious consequences because it disturbs the fixation of calcium carbonate (CaCO3) in the skeletons or frames of shells, sea urchins, oysters and other species, causing the decline of very sensitive species such as hedgehogs, mollusks and stars of sea, and puts at risk marine ecosystems such as coral reefs, which are vital for fishing, since they function as “cradles” of fish.

When decalcified organisms are at risk, the whole food chain may be.

Climatic phenomena that became more intense in relation to the average of previous years.

The heat waves that hit Europe in 2018 were twice as likely due to climate change , according to the consortium called Attribution of Global Weather Phenomena, World Weather Attribution or WWA.

The increase in temperature in the atmosphere and the oceans is also making the hurricanes and the storms more intense.

Image caption “The relevant question is this: is climate change impacting these events and making them more extreme?” Said Michael Mann.

“We can see the traces of climate change in all extreme events,” said Dutch scientist Geert Jan van Oldenborgh, a member of the WWA.

It is very difficult to prove that a particular event was “caused” by climate change.

But for Professor Michael Mann, asking if climate change “causes” a specific event is to ask the wrong question .

“The relevant question is this: is climate change impacting these events and making them more extreme ?, and we can say with great confidence that the response is positive.”

How much water is recommended to drink every day?