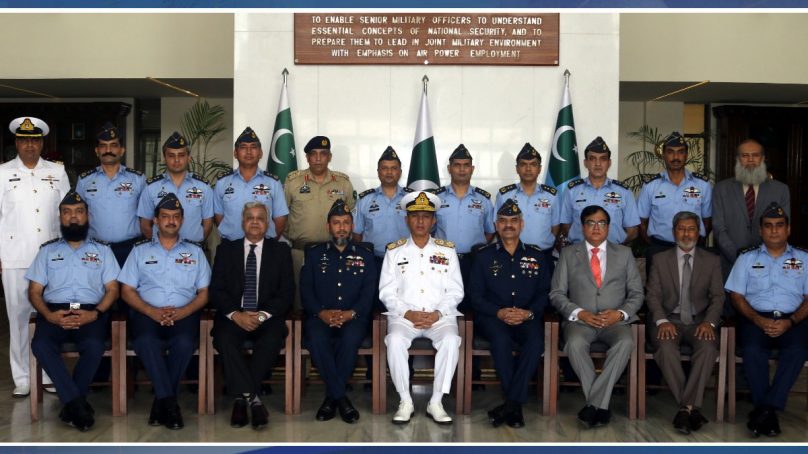 Addressing the Air War Course participants, CNS paid rich tribute to the role and sacrifices of the Pakistan Armed Forces for the defense and security of the motherland. He said that we must keep abreast of the emerging technology and should make endeavors to deal with the grey hybrid conflicts, coercion, and cyber warfare. He further stated that without jointness, military objectives cannot be achieved in the wake of rapid transformation in today’s warfare.

PAF Air War College Institute is the prestigious institution of the Pakistan Air Force, where mid-level officers of Pakistan Armed Forces and friendly countries are prepared for the assumption of key Command and Staff appointments.  The course participants are exposed to over a hundred subject matter experts including Civil & Military Professionals, Diplomats, Scholars / Academicians, Lawyers, Industrialists, Scientists, Economists, and Media Personnel. Exclusive Interaction with foreign faculty and strategists is also ensured to provide depth and academic rigor to the course.