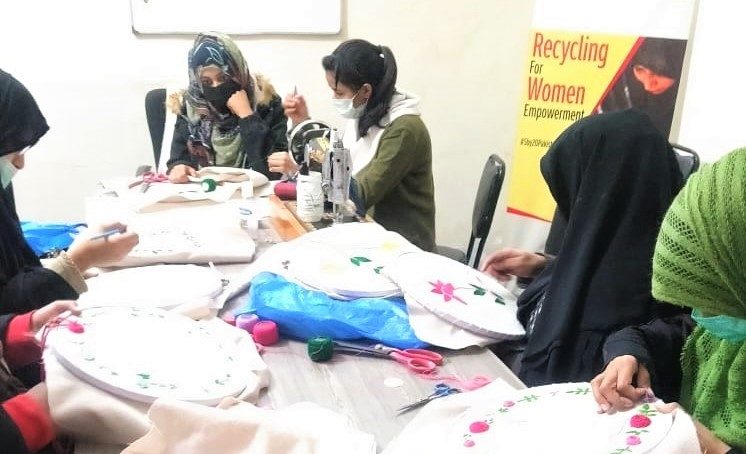 The Coca-Cola Company recently marked the monumental success of its 5by20 program, which empowered 1.2 million additional women beneficiaries from its original decade long target of economically empowering 5 million women by 2020. The 5by20 program was implemented in more than 150 countries around the world. In Pakistan, more than 10,000 women beneficiaries were economically empowered as part of this program in a strategic partnership between Coca-Cola Pakistan and Kashf Foundation.

This achievement resonated more strongly when it was formally announced atthe International Women’s Dayon Monday, March 08, 2021 during a special panel discussion hosted at The Coca-Cola Export Corporation’s head office in Lahore following the topic of ‘women in leadership’.

Accomplished women from various fields of life participated in this panel discussion in person and through virtual attendance including Afia Salam, Chairperson at Indus Earth Trust, Lubna Bhayat, Former President at Women Chamber of Commerce, and Bushra Khanum, Senior Manager at Kashf Foundation. Top management officials from The Coca-Cola Export Corporation also participated in this event including Fahad Ashraf, VP and General Manager for Pakistan and Afghanistan region and Asmara Nomani, Human Resource Director for Pakistan and Afghanistan region.

The idea of sustainability served at the heart of this strategic partnership between Coca-Cola and Kashf Foundation. To ensure a longstanding impact of this collaboration, the10,000 Pakistani women who benefitted from this program were taught new skills through vocational trainings which included football stitching, ralli making and transforming recyclable waste material into sellable handicraft products. In addition, these women entrepreneurs were also trained on crucial areas of business management including preparation of budget, promoting their products through social media/e-commerce platforms, and provision of micro loans, which significantly altered their socioeconomic milieu.

While speaking about this accomplishment, Fahad Ashraf, General Manager and VP at The Coca-Cola Export Corporation for Pakistan and Afghanistan region said, “Since 2015, The Coca-Cola Foundation (TCCF) has invested over USD 1 million in Pakistan under the 5by20 program to economically empower thousands of women entrepreneurs so they can earn a decent living for themselves and their families. Thisprogram has successfullyboosted the confidence of Pakistani women by teaching them new skills and also inspired them to demonstrate their pivotal role in the development of our society.”

Coca-Cola will continue helping women around the world to shape a more balanced future by inculcating gender-neutral values alike the 5by20 program. This is also helping in the achievement of UN’s SDG goal of social development, since the empowered women impart their knowledge and skills to other women within their family and community.