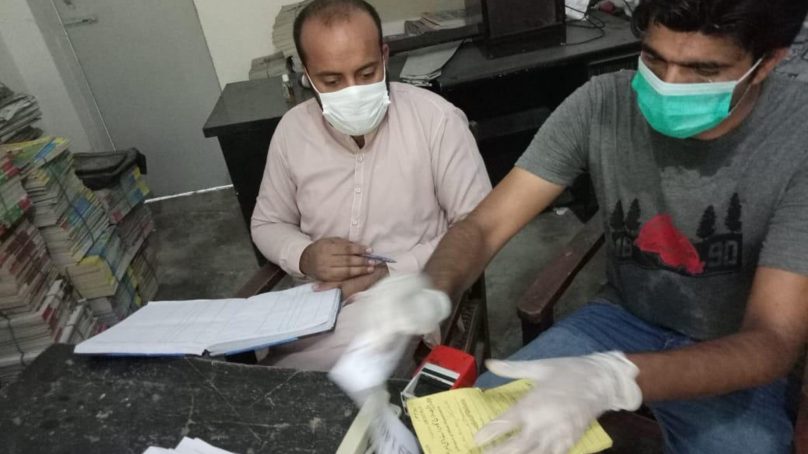 Schizophrenia is a common term that we daily come across in our lives but only a few of us know what it really means. Schizophrenia is a chronic brain disorder entailing symptoms such as hallucinations, delusions, concentration problems, negative thoughts, and de-motivation. This mental disorder affects around 21 million people in the world, including Pakistan, where people receive limited to no treatment. In villages like Hafizabad where poverty stricken individuals struggle to earn a daily wage and where a large proportion of individuals suffer from epilepsy and mental disorders, Bunyad Foundation is providing essential care through its Mindcamp Project.

Shaheen Attiq ur Rahman, Project Lead and founder of Mind Camp Bunyad, told us that ‘ the cases that come to us have faced severe neglect by their family members. Apart from facing crushing poverty , their mental disorders leave them in a state of limbo between life and unconsciousness. We must provide much needed psychiatric care to these underprivileged villagers and give them a chance at a new life’

Schizophrenia can affect an individual and his family, both socially and economically. Bunyad Foundation and Mind Organization have been actively working to combat this mental health issue in Hafizabad. During our work in Hafizabad, we met a person who was suffering from schizophrenia for the last 2 years and he shared his experience with us;

‘I was 20 and was studying at a local college. I was very good in studies and wanted to become a teacher in my village. But at the start of 2019, I started to experience weird symptoms. I started hearing voices and seeing things. This feeling was making me paranoid. I felt very lazy and did not want to get out of bed.

Initially, I did not think that I could be suffering from a mental disorder. Later, however, my symptoms started to get worse. My family suggested that I get myself checked at the psychiatric hospital. Later that year, my mother got really sick and when I saw her hospitalized, I got in a state of panic and I was sent back home.

My relatives and friends thought that I am having mood swings. I used to get angry over the trivial matters and sometimes I would beat people in anger. After that, a doctor visited me and this was the first time when I was telling someone about how I felt. The doctor told me that I was suffering from schizophrenia, a word I had never heard before.

After explaining the risks and benefits of the treatment, we both agreed to the treatment which had monthly injections and medications to control my symptoms. During this time, I learned more about schizophrenia and what triggers it.

The doctors gave me a strict treatment plan which I had to follow. By the end of three months of my treatment, I started to feel much better. With my symptoms under control, I thought of going back to college and restarting my education.

I will never forget how difficult it was to fight schizophrenia. I have continued my study again and I plan to create awareness in my village about this disease, so that people can get their diagnosis done immediately and start living a normal life’. Stories such as these make us realize how imperative the battle against mental disorders is. Hundreds of such indivuduals have received care and support from Mindcamp, Bunyad. As a country we must ensure that people stricken with such disorders receive the knowledge and mental health care which they deserve and that projects like Mindcamp  Bunyad , are fostered and enabled to bring health and peace to these struggling people.

What Women Want in Pakistani Men