WITHOUT FEARS: Time Will Not Heal Your Wound Your Actions Will Heal It
Recent View all
Sports
Read more

Home  »  Rava Community   »   WITHOUT FEARS: Time Will Not Heal Your Wound Your Actions Will Heal It 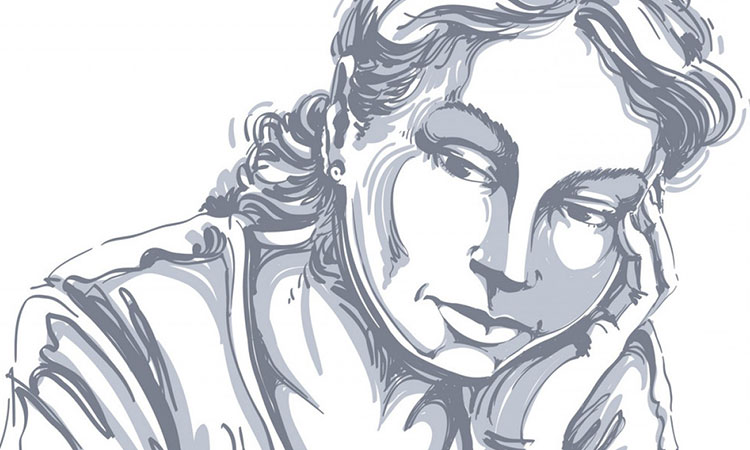 I had met a few women in my life who were widows while still very young. Women who had a life project in common with the person they chose, whom they fell in love with. And suddenly, all that broke down. I know a woman whose husband died while she slept, by his side and another one whose husband died in a car accident when she was pregnant. I never tried to imagine the strength they have to overcome something like that. Neither of them had turned forty. Almost all had children. They overcame those deaths, with greater or lesser difficulty, with or without medical help, trying to calm the pains, the rage, the restlessness.  Making deals with loneliness, so damn when you don’t choose it, when it appears in such a sudden and unexpected way. They survived that tremendous betrayal of fate, that funny joke of life. They kept fighting. They had no other left, with a sense of humor, at times. In the best way they knew or could; holding on to children, family, friends and pets. Choosing how positive they were on that lonely road. Never had I ever thought about all this, until my husband left me.

I always used to get very absorbed when before my eyes I had a list where I had to specify my marital status; it was something I did not imagine that I was going to change and nobody had prepared me to face it. It is painful since I did not choose, but it touched me and the weight becomes even worse. Not only the pain of loss is loaded but also the collapse that society can give. There is no time to stipulate how mourning should be carried and how long the pain will last, even if it is long or short, it does not mean that I do not have it. It is a chronic pain that will remain till my last breath.

After him, I went through different levels and emotions. The first days I did not lift my head, although I shook, there are many things that I do not remember. I do not even remember his face the last time I saw him. My children remind me of that day very often, talking about their father and I smile in despair. In the first few weeks, I used to feel that the world and everything is against us. I wanted to fight for what I most want and protect it at all costs with a constant fear that once again something will be taken from my hands. At that time things were white or black for me; the sun was rising or not. Gradually the rage passed and few things, although not many, filled with acceptance. It was not easy and until today I repeat it – let it go.

Every time I have felt that I am finally reaching the top of that great mountain, a new obstacle or something that wants to slow me down the road is crossed. I arrive at what I thought was the end and be able to raise my arms victorious, and I realize that before my eyes I have another long and high stretch of that mountain. The closed ones can become the worst obstacle, trying to damage everything around us and ourselves. I hate the idea of them sympathizing with their cold words and giving free lessons on ‘How to Overcome the Grief’ or ‘A Prudent Single Mother’. They need to know that a woman grieving for her husband doesn’t need an advice. A person, who has never been in the first rows of a funeral of a loved one, cannot feel the heartache, the agony. Such things are what make me fill with more desire to face the world in the best way full of courage and acceptance.

It may be that I will find myself, I will connect with myself, I will discover things of mine that I did not know existed, but none of that means that I will really move on in my life leaving his memories behind. Yes, I will move on with him. A single word, a song, a detail, a street and even my children can bring me a memory of him. I cry, I fall, but I get up again because I’m still here for something. Time heals the wound, but like any scar, there is the most sensitive skin. It is not like many think that if one laughs, goes out, has fun, looks for new activities, gets ready and puts on makeup, gives a new opportunity to life means that she no longer wants or has forgotten the person. For them and for ourselves we have to keep walking, some days faster than others, until we achieve the speed we seek.