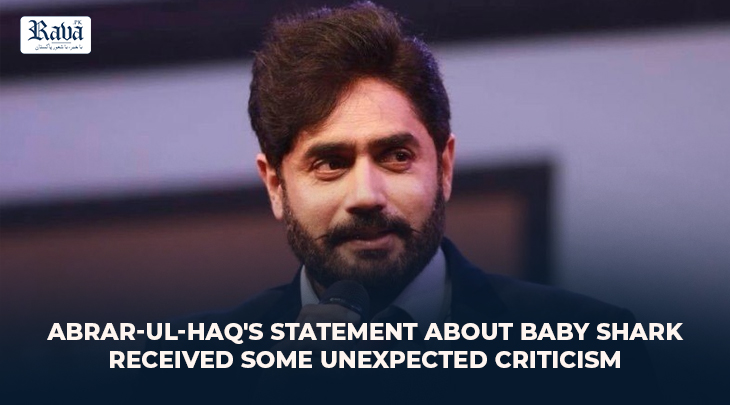 The singer turned politician, Abrar ul Haq has been making rounds on social media for his comments on ‘Baby Shark’ that ignited an unexpected debate. Haq joined PTI a while ago and during his PTI celebratory convection in Islamabad, he said that when we were young, our mothers used to recite us Kalma as the lullaby to put us to sleep however, kids nowadays are given cellphones playing the nursery rhyme, Baby Shark.

These snarky remarks of Haq didn’t settle well with the audience and they kind of received mixed statements. Most of the people criticized Haq that he has no right to judge mothers for they know what’s right for their child and motherhood is not easy.

As the general public had different opinions, celebrities didn’t hold back from expressing their views as well. Model Nadia Hussain didn’t agree with the singer’s statements. “Not sure how you go from listening to the Kalma from your mother to belting out song such as ‘Nach Punjaban’ or ‘Billo De Ghar’.”, she snapped.

Actor Yasir Hussain supported Nadia and later posted a video of his wife Iqra Aziz singing ‘Baby Shark’ to their son, with a message that we must not judge a mother for how they raise their kids or what they make them listen to. These comments were an indirect jibe at Haq’s statements.

Actress Zarnish Khan supported Haq on this matter and posted on her social media that if someone is saying a good thing, it must be appreciated. 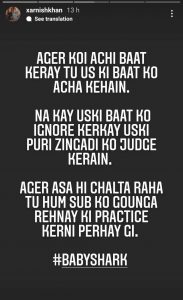 This response to Haq’s so-called humor blew out of proportion and it triggered the sentiments of many for Haq called out mothers for their parenting method.