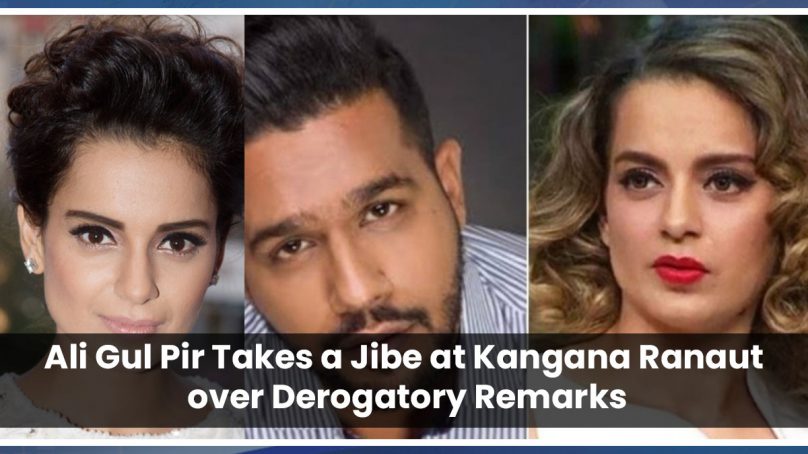 Indian actress Kangana Ranaut, who is no stranger to controversies, is once again in the news for her vile and uncalled-for comments against American pop singer Rihanna who expressed her views over the farmers’ protests in India.

Using the hashtag ‘Farmers Protest, the singer had tweeted: “Why isn’t anyone talking about it?”

Rihanna’s unequivocal support for protesting Indian farmers didn’t go down well with Ranaut, who then stooped so low as to call the American singer a “fool”.

In response to Rihanna’s tweet, Kangana wrote, “No one is talking about it because these are not farmers, they are terrorists who want to break India so that China can take over this broken nation and make it a Chinese colony like America.”

The Indian actress didn’t stop there and went on to say: “Sit down, you fools. We cannot sell our people like puppets like you.”

The disparaging comments prompted outrage on social media, with musician and comedian Ali Gul proceeding full-throttle in taking a dig at the controversial actress.

He went on: “Oh okay! I understand. Like someone who doesn’t have talent, hasn’t done much work and relies on controversy and putting people down to stay in the news. Thanks for clearing it out for me #GoKangana #DiePoorFarmers.”

Oh okay! I understand. Like someone who doesn’t have talent, hasn’t done much work and relies on controversy and putting people down to stay in the news. Thanks for clearing it out for me #GoKangana #DiePoorFarmers https://t.co/rNcGP16lNH