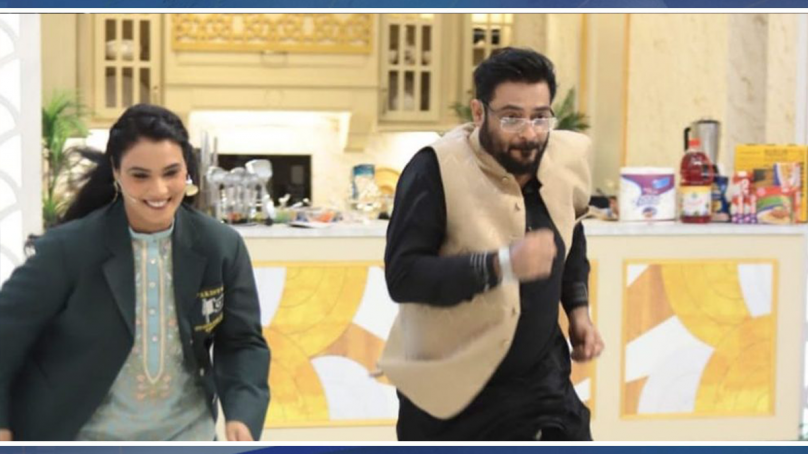 If there is one Pakistani celebrity who knows how to stay in the news around the clock, it is Amir Liaquat Hussain.

From time and again Hussain does something that makes him a laughing stock and a meme-worthy personality. From his “Ghalib” jokes to his laid-back attitude towards the audience in his shows, he manages to be in the spotlight all time of the year.

Hussain is known for his special Ramadan transmissions. This year, his Ramadan show aired on 19th April, he invited Naseem Hameed, the national racing champion of South Asia, and challenged her for a race. The challenge seemed interesting to the audience and they started cheering for their favorite contestant as it began. The next second everyone’s attention unexpectedly shifted completely on Amir Liaquat, when they saw him trip.

The audience broke into huge laughter and made a mockery of Hussain, even the national champion could not resist laughing. It is definitely one of the noteworthy moments that people are going to remember for a long time.

That’s why you are not supposed to challenge the fastest woman in South Asia. A little fun does not harm anybody, you may get the ratings but that comes with a price of memes and embarrassment.