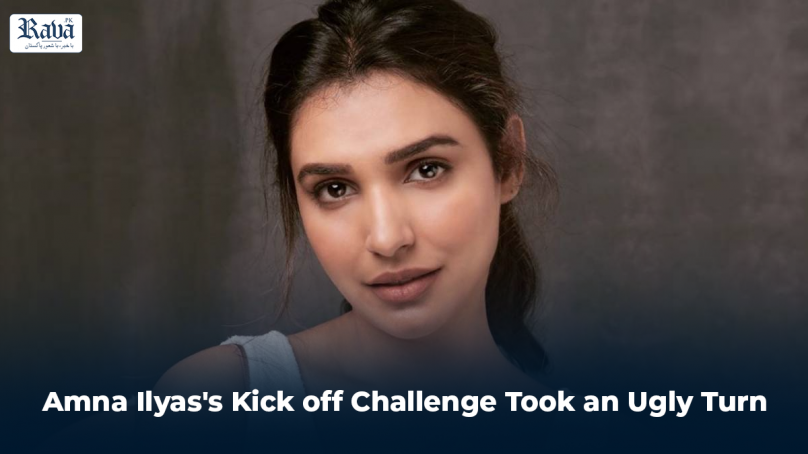 Amna Ilyas is a popular model who is known for her beautiful dusky skin and her blunt statements. She has also tried her hands in acting. Her film Baaji and her drama remake of the iconic play, Ankahi for the theatre led her to make a reputable name as an actor.

The model has recently started making short funny videos for her fans on social media. Some of them make people laugh and she receives applause for her sense of humor. But people are just never happy and Amna becomes a victim of their criticism quite often.

Recently, Amna shared a video on her Instagram of her kick-off challenge in which she was kicking an apple off a man’s head but unfortunately, she missed the target and kicked him on the head instead. The video was not taken positively by the viewers and she started receiving tons of criticism from left, right, and center.

Many celebrities such as the sister duo Aiman Khan and Minal Khan found it funny and made laugh reactions on her video. 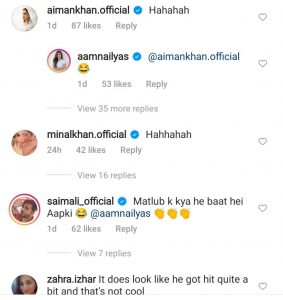 However, the general public shows no mercy on even the slightest mistake. They took Amna’s video as a distasteful attempt to insult the man she kicked. Many people said that had it been a boy, it wouldn’t have been funny but an abuse. Many commented that she shouldn’t have posted such an insensitive video on a social networking platform and the man should have done the same to her. 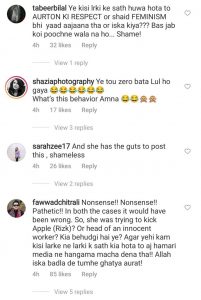 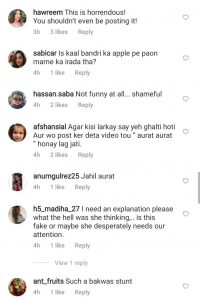 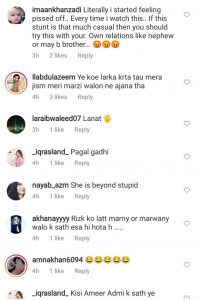 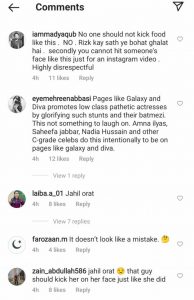 Although in the caption of the video, Amna had given the disclaimer that no one was hurt during the recording but the public still dissed her for it was not the right content to share on Instagram. Amna is now used to receiving backlash on the pettiest issues hence, she didn’t find it important to present her side of the story as clarification.