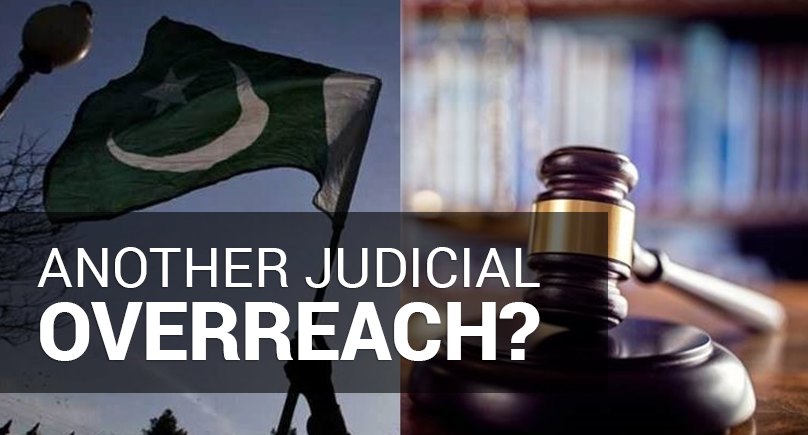 THE Supreme Court’s verdict has delighted many who had been growling at the official restrictions on commercial activities in the country.

On Monday, the top court’s bench, hearing the suo motu case relating to the authorities’ management of the COVID-19 pandemic, scrapped the federal government’s decision to close shops, markets and businesses on Saturdays and Sundays. “People of my country are poor and they need to earn their livelihood every single day,” remarked Chief Justice of Pakistan Gulzar Ahmed. The court also directed the provincial governments to reopen all shopping malls provided all the SOPs are stringently followed. In addition, the bench said that the astronomical amount of money being spent on battling the pandemic could not be justified because Pakistan is not “seriously affected” by it.

In government, there must be many who believe that the verdict is yet another example of judicial overreach. Nevertheless, the federal and provincial governments are equally to blame for creating a situation which necessitated an intervention by the Supreme Court in an otherwise executive domain. While the killer pandemic should have seen them sink their political duels and formulate an articulate administrative response based on technical expertise and best practices in public health policy, there was a constant display of a rancorous point-scoring and undermining of each other’s strategy, further fueling conspiracy theories and public displeasure. The bench has now given a populist response, and there are genuine fears the infection could spread really speedily.

The SOPs are already being flouted by the majority of people, and while the death rate in Pakistan has not been increasing swiftly, the infection rate is frightening. A horrific time is in store for us, a helter-skelter scenario where patients seeking medical care would be turned away from jampacked hospitals. This is no time to underestimate the risk. It is also worth noting that the executive must have space to make decisions, sometimes tough and unpopular ones, based on the hard ground realities and medical facts. Furthermore, despite the political leadership’s dissenting response, a National Command and Operations Center is exclusively established to bring together the federal and provincial governments and the military leadership on one page to handle the pandemic.

Needless to say, unwarranted judicial activism has sometimes cost Pakistan dearly, such as when the privatization of the Steel Mills was scrapped or the Reko Diq deal declared null and void. One can only hope that the executive is allowed to make decisions freely and that the Supreme Court only intervenes in matters involving human rights.