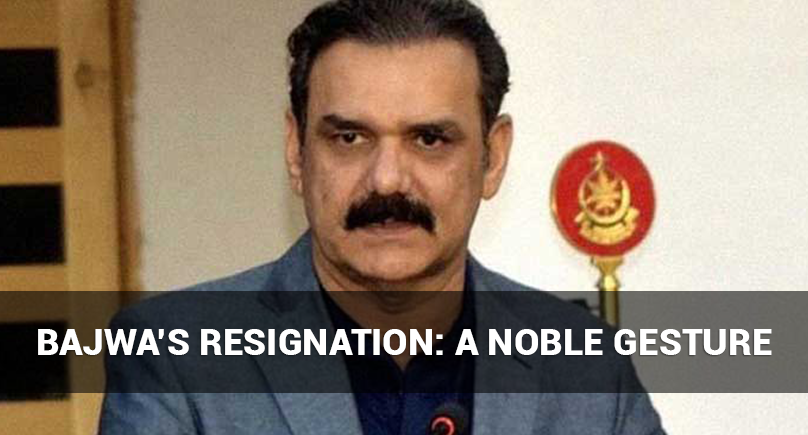 Discrediting national institutions, especially the Pakistan army, has become a norm in Pakistan’s journalistic landscape. Shady journalists tend to publish baseless, unfounded stories against Pakistan army’s retired and serving generals, with the aim of maligning their reputation and credibility in the eyes of the general public. This, according to some experts, is an easy way to weaken the state at the behest of Pakistan’s enemy. But all such journalists with their nefarious designs and ulterior motives have been exposed to the public and the state has successfully thwarted their attempts to disparage the country and its institutions.

A recent report, published on some shadowy website by one of Pakistan’s notorious journalists Ahmed Noornai, made waves on the country’s media, electronic, print, and social. In his report, Mr Noornai, who works on a certain agenda with India’s retired army officer, Major Gaurav Arya, leveled some serious allegations against Pakistan’s former lieutenant general and special assistant to the prime minister (SAPM) on information and broadcasting, Lt Gen Asim Saleem Bajwa. But Mr Bajwa’s swift tweet to the charges and a comprehensive rebuttal shortly afterwards have put paid to all rumor-mongering against the general. The retired general also said that he was ready to present all documents about his family’s assets and money trail before any judicial forum.

To further prove his uprightness, Mr Bajwa went so far as to resign from his position, which is indeed a highly noble gesture of his part. However, Prime Minister Imran Khan refused to accept it due to Mr Noornai’s unsubstantiated accusations and Mr Bajwa’s satisfactory response to them.

Two weeks ago, journalist Ahmed Noorani had accused Mr Bajwa of using his position in establishing off-shore businesses of his family, including his wife, sons, and brothers.

He also alleged that the general’s brothers and wife owned a business conglomerate that set up 99 companies in four countries, including a pizza franchise of Papa John’s with 133 restaurants at the cost of an estimated $ 39.9 million.

Mr Noornai also said that Mr Bajwa’s wife is a shareholder in 85 companies including 82 foreign companies (71 in the US, seven in the UAE, and seven in Canada). His report added that estimated current net worth of businesses and properties of these companies jointly owned by Farrukh Zeba stands at $52.7m.

Thankfully, all the allegations against one of Pakistan’s most professional, upright, and hard-working generals have been relegated to the dustbin of history, and Mr Noorani’s another attempt to sully the image of the Pakistan army has failed miserably.

5 Personality Traits of a Virgo