Everything You Need to Know About Drama Serial ‘Dunk ‘ - Rava.pk
Recent View all
News
Read more 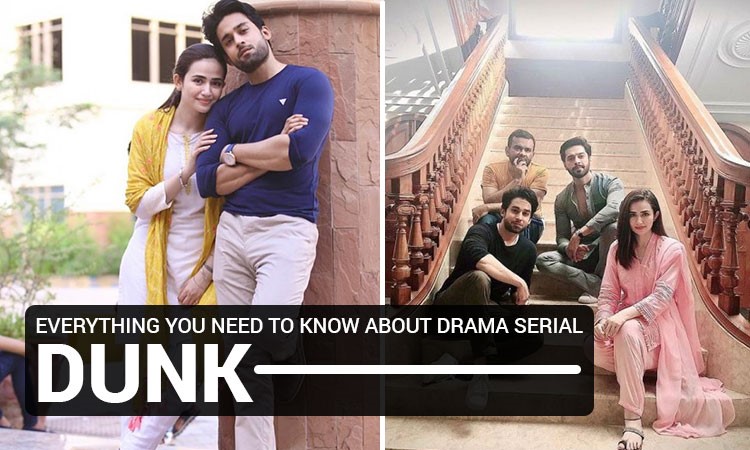 Everything You Need to Know About Drama Serial ‘Dunk ‘

A new drama is making waves on social media even before getting aired. A few days back, drama’s leading cast including Nauman Ijaz, Sana Javed, and Bilal Abbas Khan shared posters from the Dunk. and now the teaser is out too.

Dunk is written by Mohsin Ali.

It goes air every Wednesday at 8:00 pm

Dunk is directed by Badar Mehmood, who is also the director of famous dramas “Balaa” and “Cheekh”.

Interestingly, this drama is his third project with actor and model, Bilal Abbas Khan, with whom he previously collaborated in the widely praised dramas Cheekh and Balaa, which we mentioned earlier, receiving nominations for both two years in a row for the Lux Style Awards.

This latest drama ‘Dunk’ by Badar Mehmood is a suspense and thriller where Bilal Abbas is seen for the first time in a leading role opposite Sana Javed. Starring as ‘Haider, after his many quirky and unusual roles this year, Bilal would play a rational and honest role. Besides three leading character, we got to know that talented Yasra Rizvi is also one of the cast members and probably playing the wife of Nauman Ijaz.

The plot of Dunk’s drama series is full of thrill and suspense. This is the first time Sana Javed has been paired with Bilal Abbas for a drama. They both are very talented actors, and fans are very excited to see them together.

Beautiful yet talented actress Azekah Daniel and handsome hunk Fahad Sheikh are also paired up as another couple in the play which makes the story revolve around two main couples: Amal (Sana Javed), Haider (Bilal Abbas), and Azekah Daniel, Fahad Sheikh. It looks like this drama is going to set some great records. And fans are quite curious to watch the whole mystery of the drama.