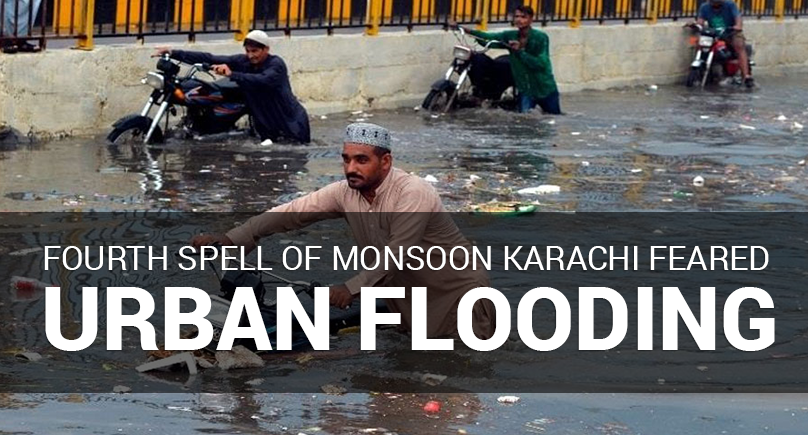 The fourth spell of monsoon has entered Karachi once again, which will cause rain from August 7 to August 9.

The Meteorological Department has forecast heavy rains with thunderstorms in the city on Friday and Saturday. Urban flooding is also feared. The department has also issued an advisory on the new monsoon system, which suggests that low pressure monsoon will enter Sindh from the Bay of Bengal on Thursday evening. Earlier this year, all three monsoon systems entered from the Arabian Sea.

Monsoon winds will intensify in Sindh and East Balochistan from Thursday evening to Saturday due to low pressure.

All agencies have been directed to remain alert regarding the new monsoon season. In view of the likely torrential spell of rain, FWO and NDM have taken steps to ensure timely discharge of rainwater from different parts of the city. A cleanliness campaign was launched a few days ago, in which tons of garbage and sludge were shifted from Gujjar Nala to the landfill site by heavy machinery on Monday.

Since the recent rains had turned the city’s roads into the sea, causing severe hardship to the citizens, the federal government appears particularly active in taking steps to protect Karachi’s citizens from yet any catastrophe.

After the FWO has practically cleaned the drains, it’s hoped that the remaining monsoon season will no longer be torturous for the helpless people of Pakistan’s largest city. Citizens of Karachi had heaved a sigh of relief over the FWO’s clean-up campaign following a forecast by the Meteorological Department.