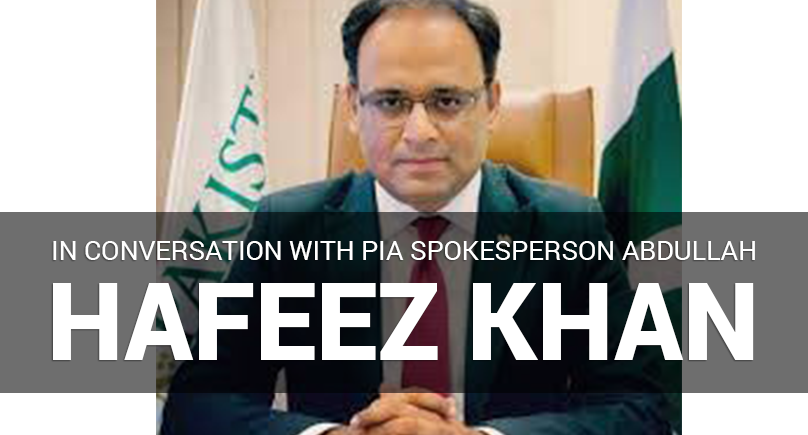 The state of affairs in the national carrier is an open secret. From political appointments to corruption to the issue of pilots’ dubious licences have all contributed to PIA’s downfall. The recent plane crash in Karachi has further undermined the national carrier’s credibility as a safe airline to fly with. To find solutions to these problems, we spoke to PIA spokesman Abdullah Hafeez Khan. Here are the excerpts.

F: First of all, would you enlighten us something about the recent plane crash in Karachi? And does PIA accept responsibility for the incident?

A: Look, there are many causes of airplane crashes, and we cannot be insensitive about them. Nothing can be more tragic than an air crash for the people associated with an airline. The recent plane crash in Karachi was one of the saddest days in my life, and the day the tragedy occurred our entire airline was in a state of shock and grief. I am aware that such an incident quickly undermines your organization’s credibility, and it comes across as a doomsday for the families of the people who have lost their lives. We do share their grief but cannot alleviate it.

F: Why has travelling by the national airline become a nightmare? And what exactly causes an aircraft to crash?

A: Air travel is considered to be the safest mode of transportation in the world, due to the low rate of accidents. In Pakistan, PIA operates as many as 102,500 flights in a year, and the number reaches a million if you include other airlines as well. But when a tragedy strikes, there are very few chances to avoid it. Therefore, there are multiple safety tiers designed by an aviation regulator. In the event of a first-tier failure, the second tier takes over. Similarly, if that fails too, then the third and fourth tiers come into play. However, when an accident occurs, all of these tiers collapse, with poor decision making by the captain also playing a key role in an air crash. In fact, human error has been one of the leading causes of most of the air crashes worldwide.

F: Which means you admit that the recent plane crash that took lives of over a hundred passengers occurred due to human error?

A: No, not really, although following a crash, the pilot is usually held responsible, which is not entirely true. The report of the Karachi crash is yet to come, and we can’t say anything for sure if it was entirely the pilot’s fault. There may be many external factors, and that’s why we cannot immediately put the buck on the pilot. I guess you should still wait for the final report, although the CAA has pointed out human error that led to the unfortunate crash. That said, however, PIA has accepted responsibility for the incident.

F: What do you suggest about the political affiliations and involvements that have hastened PIA’s decline? Do you think there’s any room for optimism?

A: I fully concur that there have been political involvements in the national airline. I also agree that some people have been inducted only based on their political affiliations. I think inductions based on political connections are not so bad if the people hired have met certain standards. But PIA has had to suffer immensely as a result of political inductions that did not meet the selection criteria.  PIA is a commercial entity, and decisions in the airline should also be made on commercial grounds, but unfortunately, it’s not the case at the moment. If we know that, despite working so hard, a certain decision would be imposed on us, then no one will take their job seriously. The government of Pakistan will have to take the ownership of PIA; only then will the situation turn for the better. Some of the airlines which were at one time considered to be the worst, such as Turkish, Indonesian, and Malaysian airlines, have undergone the evolution process, emerging as some of the best in the world.

F: What if the government decides to privatize PIA and replace your dubious pilots with those of the Pakistan Air Force, in an effort to reduce the number of accidents?

A: It’s the government’s prerogative to privatize PIA; if it wants to do so, so be it. But, let me tell you, that last year we earned a gross profit and had the coronavirus not hit the world and air travel not been shrunk, then we would have been fully prepared to make PIA financially viable. As for the PAF pilots, yes, they are undoubtedly some of the best in the world, but commercial aviation has its own requirements. You just cannot expect a pilot to fly a fighter plane today, and take a commercial flight the following day. A commercial pilot has to undergo different training altogether. We also have some air force pilots who had joined us long ago; we still have no dearth of qualified and trained pilots.

F: It does not appear that the CAA, PIA, the government, and your organization Palpa are on the same page.

A: No, it’s not like that. The CAA and PIA are separate institutions with different frameworks. In Pakistan, there’s a regulator that formulates that laws for commercial aviation, issues licenses, and conducts their monitoring and renewal as well.  It monitors airspace while PIA is an operator. Ours is not the only airline that is operating in the country; two other private airlines as well as several foreign airlines are also working with us, and the same laws apply to all of them.  With regard to Palpa, I would say that we have a zero-tolerance policy, and we are held to account for the slightest of errors and omissions. We can’t take any risk on safety and we are bound to take action. However, we are facing criticism at the moment because they want to put pressure on us through unconstitutional means, but we will put up with that pressure. We simply do not compromise on safety no matter how politically powerful an individual may be.

F: Questions are being raised about your pilots’ genuineness and credibility, and perhaps it’s time that the PIA management took stern but practical decisions. Should we be hopeful about an improvement in the situation?

A: I would only like to say that you may fall by luck, but rising is in your control. We will pick up the pieces and rise again despite all odds. And at no cost will we tolerate any pressure with regard to the safety of our passengers, no matter how tough decisions we have to take.