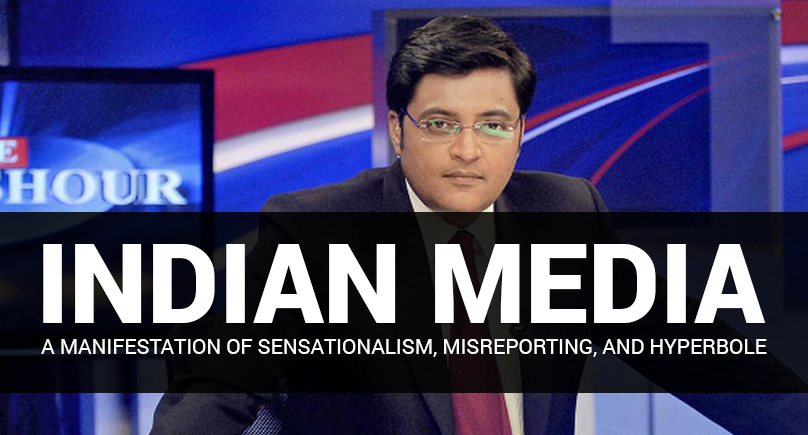 JOURNALISM is a medium of collecting, writing, and reporting news and facts. On a broader level, it is not only limited to publishing news in the newspapers, but also includes magazines, radio, and television. Journalism is a form of writing that tells people about things that really happened, but that they might not have known about already.

But all this does not hold true for Indian media that, unfortunately, is overwhelmed by sensationalism, hyperbole, and misreporting. Instead of educating and informing people about what’s happening in the world, the frenzied Indian media focuses on presenting an inflated, partisan and perverted version of the most absurd and trivial events. This is a superb precedent of what we call “Yellow Journalism.”

Regrettably, this kind of journalism has become widespread in the world, and has particularly plagued Indian media outlets that spare no opportunity to sling mud at Pakistan without any provocation.

What’s more, Indian media today often depicts non-issues as real issues, while the real issues are relegated to the backburner or given little significance. A glimpse at any of Indian news channels would send a shiver down the spine. Instead of highlighting real issues that public should be informed about, such as India’s precarious economic condition and farmer suicides there, the prejudiced Indian broadcasters and commentators, particularly the infamous Arnab Goswami, are engaged in spewing venom against Pakistan.

It appears that Indian media and its venom-spitting anchors have a striking obsession with the Pakistan army for it’s invariably engaged in unwarranted mudslinging and smear campaigns against it. The media has been vociferously discussing the Army Chief’s role in Pakistani politics, and Indian TV channels show his meeting with Pakistani business community in a bid to discredit the political structure and authority of the Imran Khan-led government. They always blamed GHQ and Pakistan’s  supreme spy agency ISI about any terror attack in Kashmir and on their forces.

Indian media anchors and commentators regard the Army Chief as the most important person in Pakistan’s body politic, undermining Prime Minister Imran Khan’s role as the chief executive and the decision maker of the country.

What’s more, in response to Prime Minister Khan’s unbending stance on the longstanding freedom struggle of Indian occupied Kashmir, Indian media stirs up the propaganda that it’s the Pakistan army that forces the premier to make such statements.

In virtually every panel discussion or news report, the Pakistan Army and Prime Minister Imran Khan are depicted as villains, as though they were conceited war mongers who defended global terrorism. 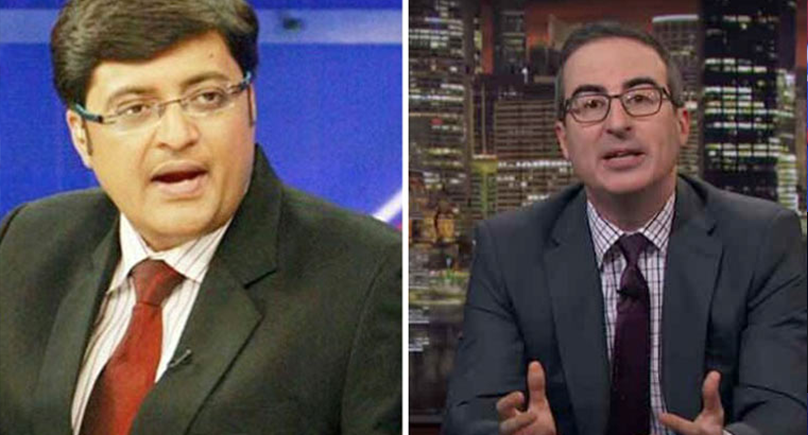 Goswami, who seems like a ravenous, ferocious wolfhound ever ready to swoop and attack his quarry in the presence of bearded men, acts like a whining pet puppy before Narendra Modi during his so-called interviews. So-called because journalistic interviews involve frank encounters and concrete questions and answers, not one-sided monologues based on a prepared script, as Arnab’s interviews so far show. Even for Ladakh incident, Goswami blamed Pakistan for egging on China to provoke India, but the anchor had to eat humble pie when this nasty allegation turned out to be wrong.

And, in a bizarre display of false and ludicrous journalism, the Indian firebrand anchor has lately claimed that Pakistan sent locusts to India as a plot to destroy the country’s agriculture and, in turn, its economy.

In the wake of the Pulwama attack, Indian electronic, print, and social media went on a rampage against Pakistan, dragging the peoples of both countries into war hysteria. It also adopted a prejudiced behavior towards Kashmiris and war-mongering belligerence vis-à-vis Pakistan, bringing diplomatic ties with Pakistan virtually to a standstill.

In its hyperactive approach, Indian media tends to shirk its major responsibility of disseminating the right information and knowledge to the public. Meanwhile, Indian media has always displayed a nonchalant attitude over the grisly miseries and predicament of the Kashmiri people. On the other hand, it has also orchestrated a smear campaign to paint a negative picture of Pakistan, and vilify the homegrown freedom struggle of the Kashmiri people from the draconian illegal occupation of the valley from war-hungry India.

Twisting of facts and sensationalism are what characterize Indian news channels in general. Beyond Pakistan, Indian media tends to sensationalize quite a few incidents taking place within its own country. For example, media outlets played up the death of a student of National Law University, Jodhpur, by calling it a “selfie death”, while in reality, it was a shocking and unfortunate incident. Not only did such irresponsible news reporting disgust the viewers, but it also rubbed salt into the wounds of a family that was already in a state of shock and disbelief.

By twisting facts and spreading wrong news, Arnab Goswami and many of his ilk not only breach the right to privacy of those who are being falsely depicted, but violates the right to receive information of the general public.

Hand In Glove With Political Parties 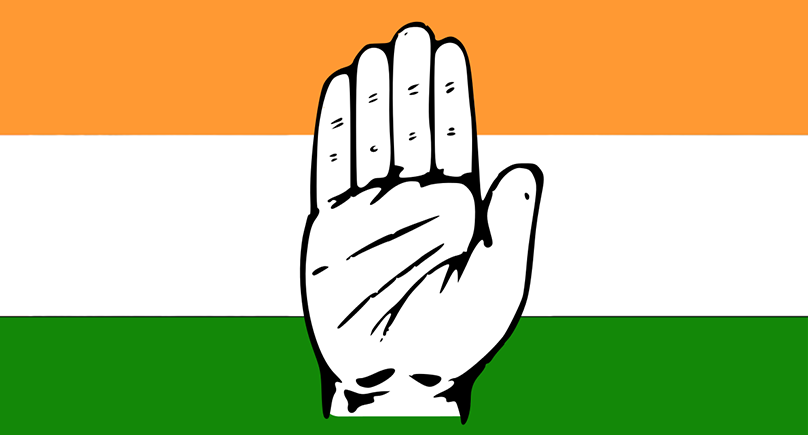 Driven by politics, Indian media often targets issues which serve as an agenda for political parties in a well-planned manner in the garb of so-called news. So, the media is allegedly hand in glove with various political entities working as agents for them, depicting an imaginary picture and sometimes even dramatizing issues which results in offending a particular section of society and sparking political unrest and anarchy.

While the media is dubbed as the “Forth Pillar” of Indian democracy, the latter has miserably failed to abide by the obligations that come with such a coveted status.

The war hysteria that Indian media has taken up has put the whole region into chaos as it encourages hardliners on its various talk shows, while suppressing the voices of those who prefer talks to war, by tagging them as “unpatriotic”.  Navjod Singh Sidhu was dropped from the Kapil Sharma show over his statement on Pulwama attack.

Post the Pulwama attack, Sidhu had said, “For a handful of people, can you blame the entire nation and can you blame an individual? It (the attack) is a cowardly act and I condemn it firmly. Violence is always condemnable and those who did it must be punished”

Indian media and leadership should realize that India is not losing Kashmir; it has already lost it. India’s overdependence on its armed forces as the solution of Kashmir has failed badly, and has pushed the youth from rock-pelting to deadly suicide bombings. Pulwama is one example.

The farce of Indian media has been ongoing for a number of years that has played a key role in polluting the hearts and minds of an enormous majority of the world’s largest democracy. And if journalists like Arnab Goswami continue their tirade against Pakistan over issues from as serious as terrorism to as ludicrous as locust attacks, the overzealous, puerile India would be reduced to a mere comedy show.