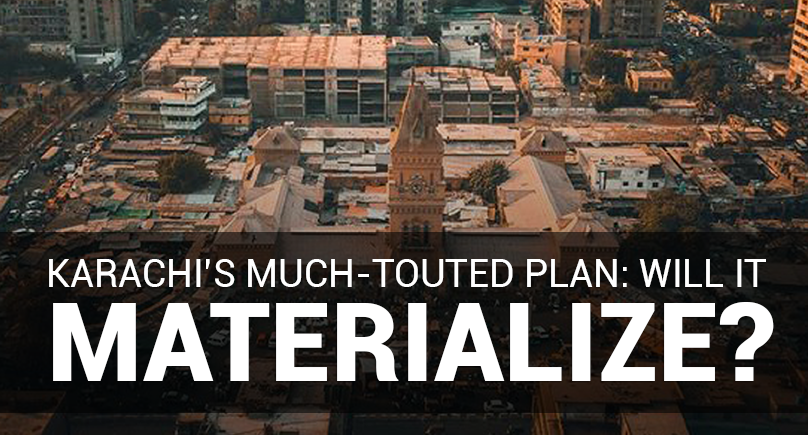 Karachi’s much-touted plan: Will it materialize?

IN the wake of unprecedented downpours that lashed the city a few days ago, Karachi’s unfortunate citizens appear angry and frustrated—and rightly so. In the face of an extraordinary calamity, the people have been left to their own devices by those in power who should have come to their rescue in such trying times.

All over the world, extreme weather conditions do occur, but damage is contained through careful planning and all conceivable measures to safeguard people’s lives and property. But for a hapless city like Karachi, no concrete steps are taken beyond mere rhetoric and a few press statements. Worse, the governments, federal, provincial, or local, resort to slinging mud at each other’s performance rather than doing something practically to mitigate people’s woes.

Nonetheless, in the aftermath of the recent catastrophe, a change in tone and tenor is palpable, and the prime minister himself has paid attention to the crisis in the neglected metropolis. On Monday, the premier said he wanted a “Karachi Transformation Plan” finalized soon, while he had previously pledged that Karachi would not be abandoned in times of crises.

This determination to avert such calamities from recurring in Karachi is admirable, and to emphasize his commitment the prime minister should visit the metropolis at the earliest to witness the destruction firsthand.

The Karachi plan will essentially focus on major issues facing the metropolis, such as water scarcity, transport system, sewerage and drainage problems, among others. From here on, the federal as well as Sindh governments would do well to set politics aside and join hands to help make Karachi a livable city. Karachi has been neglected for decades, and the unfortunate fact manifested itself last Thursday when the city’s entire infrastructure crumbled, and was apparently swept away by the monsoon flood.

In addition to coming up with a feasible master plan for Karachi with the federal government, the Sindh government must reintroduce the successful local bodies law. Karachi has seen some remarkable development and growth when the city was run by the local bodies under President Musharraf’s rule. In Karachi, the SLGA 2013 has proved to be a complete failure, as the third tier has been disemboweled by a provincial government that has seized all civic powers. If Karachi has to become a model metropolis, the Sindh government must give back civic powers to an elected mayor; nothing else will do.

5 Things Found in Every Woman’s Handbag