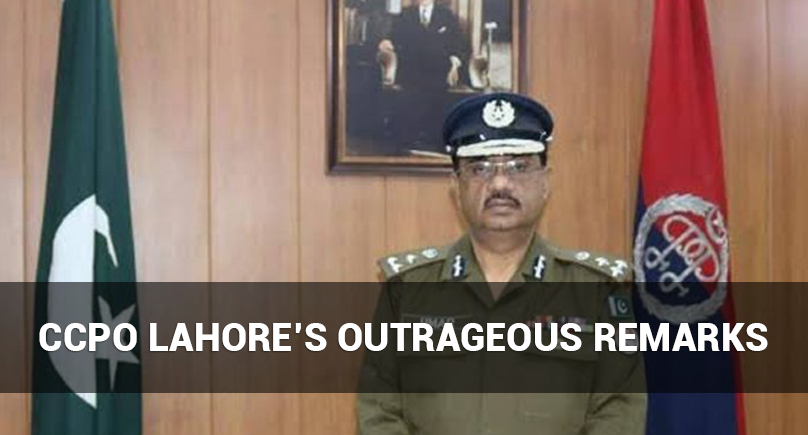 ANYONE who says Pakistan is a safe country for women is either unaware of the ground realities in the country or has lost their marbles.

But the problem takes a turn for the worse when high officials who are entrusted to ensure public safety and security not only fail to do their jobs, but also resort to blaming and shaming the rape victims who fall prey to sexual predators’ lust, either in broad daylight or in the dark of the night.

On Wednesday, two men raped a woman at gunpoint—in front of her children—while she was waiting for help on the motorway after her car ran out of fuel or developed some fault. When that occurred, she phoned a relative in Gujranwala who asked her to call the motorway police for help as he also left from home to get to her. When he reached the location, he found the woman horrified with her clothes tainted with blood. Reports suggest that armed men had taken the woman and her children to a nearby field and had gang-raped her.

After the sordid episode, it was expected that the police would swing into action, going to any length to nab the culprits who had carried out the heinous crime. But it was not to be. Instead, Lahore Capital City Police Officer (CCPO) Umar Sheikh, who is poised to lead the investigation of the atrocious incident, came up with some outrageous remarks that added fuel to the fire. Mr Sheikh said that the victim herself was to blame for choosing the wrong route and not checking if she had enough petrol before setting off for her journey. Pakistanis seethed with anger following the CCPO’s heartless, inappropriate comments that show that not only do the country’s protectors shirk from their basic duty, but also blame the victims for crimes committed against them.

No wonder, social media, especially Twitter, was abuzz with comments laced with disdain, derision, and outright anger against the CCPO’s controversial remarks.

“Think before you speak” is the adage officers like the CCPO Lahore should pay serious heed to if they want to retain their prestige and goodwill in the eyes of the very people they are meant to serve.

Yet another minor falls prey to a predator’s desire