Mathira Reveals how she was Bullied by Sonya Hussyn - Rava.pk
Recent View all
Entertainment
Read more

Home  »  Reviews   »   Mathira Reveals how she was Bullied by Sonya Hussyn 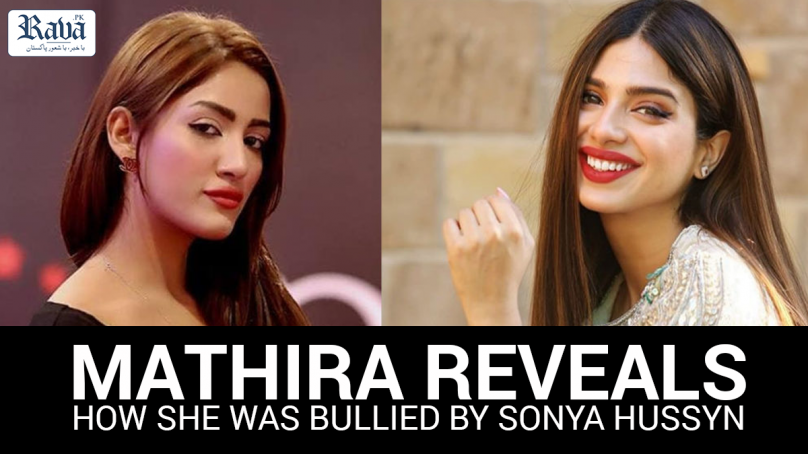 Mathira is a famous Pakistani actress, model, and host. She is known and appreciated for her unapologetic and bold personality. She is one of the celebrities who know how to reply to trolls, she gives such a befitting response to her haters that shocks everyone and keeps her in the limelight.

We all know Mathira does not hold back from expressing her opinions on any issue. She is not one of those a hater can’t say anything to and get away with which we believe is the right way to be in the world of today where you are always misunderstood and criticized.

Lately, Mathira talked about her fight with depression during the time of her divorce. She expressed on her social media that it was a tough time in her life and how she was bullied by the actress Sonya Hussyn. Mathira said some women like Sonya are pretty faces but ugly souls.

In a recent post, Mathira shared with the world that said that people do not like her much in the industry and when someone tries to give her projects, the lobby system stands against them. She told that when she was going through her divorce process, she was dealing with depression. She didn’t like how she looked and cut her hair.

Mathira wrote that during IIPA Awards in London, she was on a bus with her headphones on along with other celebrities, minding her business and Sonya Hussyn mocked her and called her a shemale. It was a very derogatory comment that hurt her.

She also appreciated the fellow actor Azfar Rehman who supported her and took care of her during those tough times. 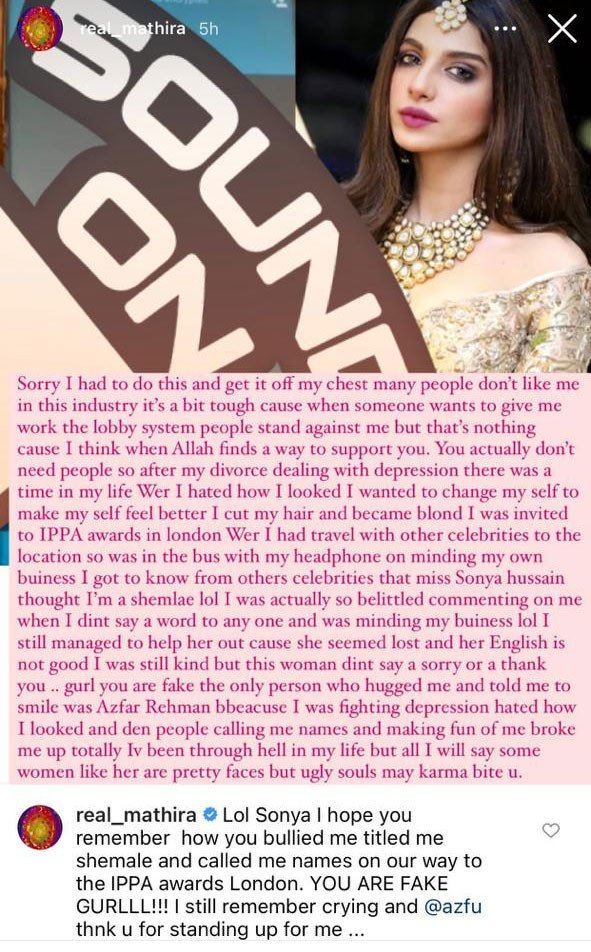 This post from Mathira spread like a wildfire and people started bashing Sonya. The actor took the notice of this event, called Mathira personally, and cleared the air. Subsequently, Sonya posted that she had spoken to Mathira on call and cleared the misunderstandings. She admitted that depression is difficult to deal with and how she is just a call for anyone who needs to talk to her. She said that Mathira is like a sister to her and she wishes her the best.

Mathira reshared Sonya’s story and confirmed that the two of them are on good terms. She admitted that she was hurt and she spoke up to get it off her chest. 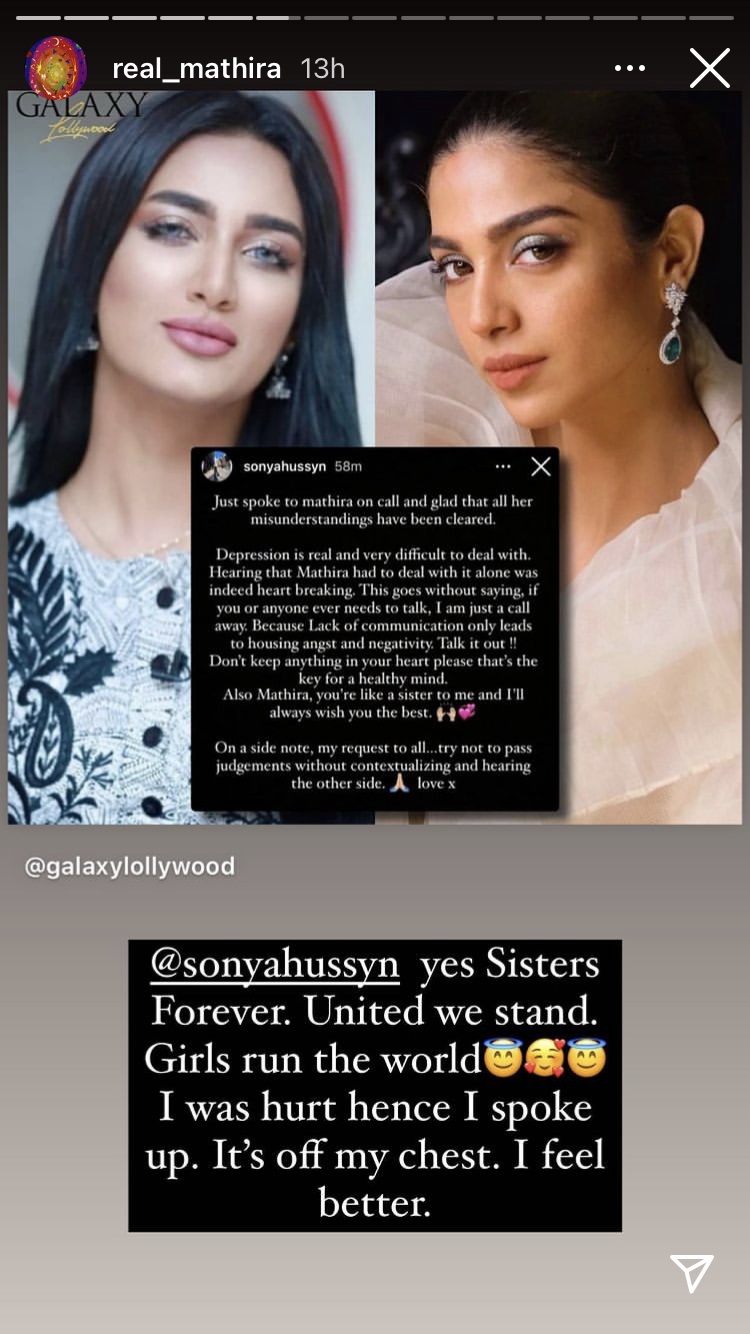 Amir Liaquat Calls Out Haters for Ruining His Marriage