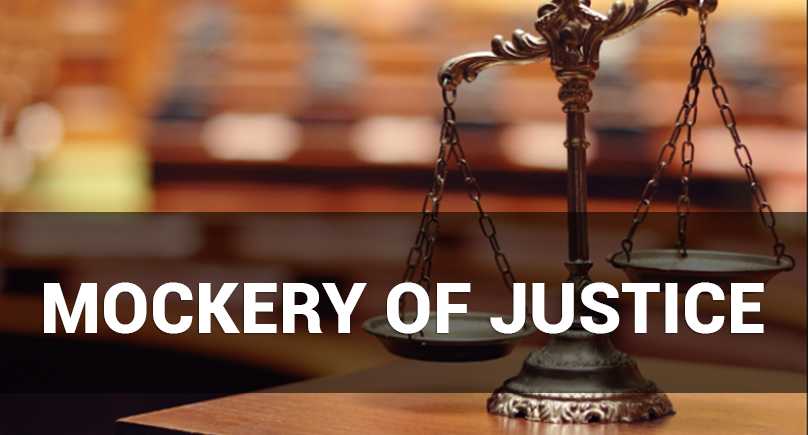 FORMER MPA Majeed Khan Achakzai, who ran over a traffic warden at Quetta’s GPO Chowk in 2017, has been acquitted by a model court for want of evidence. This sordid event underscores, once again, what ails our judicial system: if you are privileged, with sufficient resources and clout, your chances of a favorable verdict are much higher than a poor man accused of a similar crime.

A few days after the hit-and-run attack, CCTV footage of the incident appeared on social media showing Mr Achakzai’s vehicle, clearly driven by him. While the video led to his arrest, the former MPA was later released on bail by an anti-terrorism court a few months later. The preliminary FIR lodged against Mr Achakzai had included terrorism charges but those sections were eliminated when he appealed for the case to be moved to a local court. For a sane person in their sane mind, the reason for his acquittal—lack of evidence—is beyond anyone’s comprehension, especially when the footage of the accident is readily available. Besides, Mr Achakzai had also, on television, confessed to driving the vehicle at the time.

The verdict to acquit the former lawmaker for lack of evidence also raises questions about the effectiveness of the model courts that were established by former chief justice Asif Saeed Khosa to accelerate the course of justice. It is indeed true that cases tend to linger for years and years in this country, and the idea of model courts was to decrease this judicial burden and guarantee swift justice for the plaintiffs. But the quality of justice should not be sacrificed at the altar of speed. Sadly, Pakistan’s judicial history if replete with cases where the maxim “no one is above the law” has been applied to everyone in this country in letter and spirit. Expediency and political clout have been seen to be at play: Naqeebullah Mehsud case, the Sahiwal and Sialkot incidents are a blot on the judiciary’s face.  If justice has to be effectively served and the law applied equally to all, then better prosecution, enhanced evidence collection, witness security, etc., are urgently needed.

20 best places to visit in Karachi

10 Best Hotels for Stay in Karachi