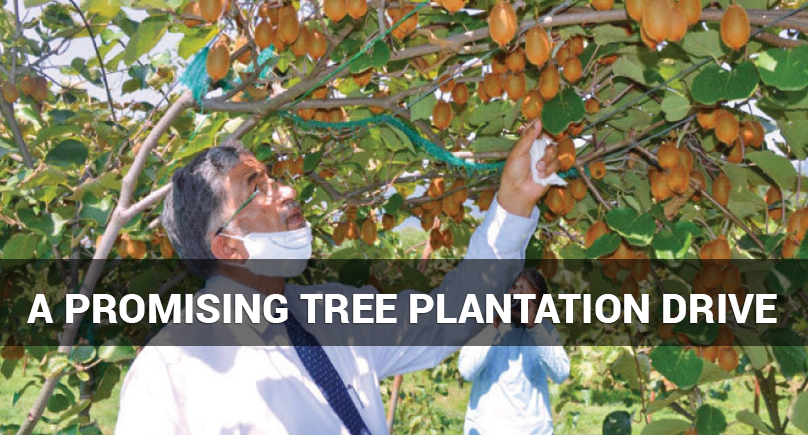 Given the apparently unrelenting heat with every passing year, a month as cold as January is likely to become as hot as June. Therefore, it was fitting that shortly after coming to power, Prime Minister Imran Khan unveiled the launch of the Billion Tree Tsunami to curb rising deforestation. With over a billion trees planted across the country, the announcement appears to be honestly translated into action thus far.

On Sunday, the government launched a countrywide tree plantation drive as part of the larger program to make Pakistan greener. In Khyber-Pakhtunkhwa, the provincial government reportedly planted a whopping 2 million saplings only on the first day. Over the next five years, over 1.2 billion saplings would be planted in the province, with reports suggesting that volunteers from the Tiger Force and the common people were supporting the government in the tree plantation campaign.

Regrettably, in Khyber district, a group of hooligans later uprooted some of the seedlings planted saying that they were planted on disputed land. The chief minister of KP took notice of the incident and ordered action against the culprits.

While launching the tree plantation campaign, the prime minister underlined the significance of trees in preserving environmental balance and undoing the process of climate change. Unfortunately, the timber mafia has relentlessly felled trees, stripping large tracts of land of greenery. Consequently, Pakistan is now counted among 10 countries in the world most susceptible to the effects of climate change. To reverse this disappointing development, the government’s tree plantation drive is an excellent initiative that must be applauded by all and sundry.

How to Make Your Business a Success in 2020

What Women Want in Pakistani Men