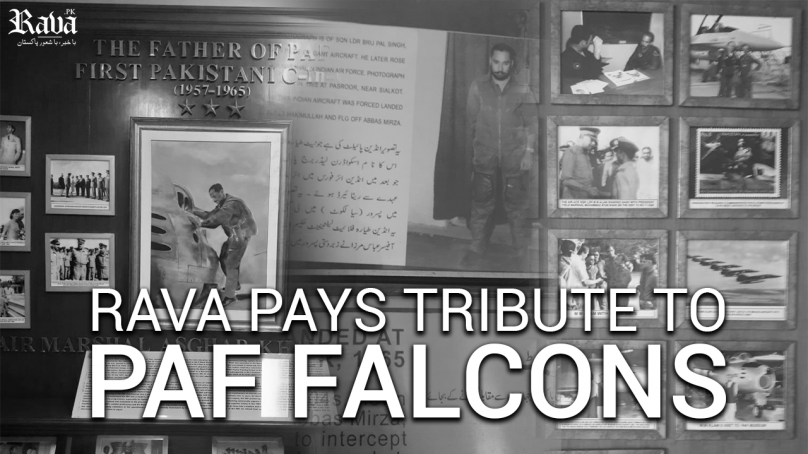 From its creation to the contemporary times, the Pakistan Air Force (PAF) has been the torchbearer of such great traditions as courage, bravery, and the spirit of patriotism. And the PAF has written many such tales of gallantry and sacrifice by always being at the forefront of the national defence.

In the Pak-India war of September 1965, we had the new experience of fighting the battle of our survival and security. The events and circumstances of that time bear testimony to the fact that the war was fought not only with the body, but also with the brain, conscience, and faith.

Our armed forces’ display of valor and spirit of martyrdom compelled the enemy to retreat to their camps and dump their entire weaponry at the battlefront.

Karachi’s PAF museum houses one such precedent of that fighting spirit, where the memories of our intrepid soldiers are preserved. The tale of the feat that Pakistan performed in the 1965 war will continue to be remembered forever.

During those 17 days of the war, one felt as though the miraculous aggression and tales of unprecedented courage and heroism had all coalesced in the ranks of our nation and armed forces, and that the unparalleled faith of our soldiers in the Almighty had made them an impregnable force.

Every year, on the 6th of September, the PAF organizes events in memory of its brave martyrs and Ghazis, and pays tribute to them. Karachi’s PAF museum also houses the statues of Pakistan’s ace fighter pilot MM Alam and his aircraft, while it also has the Indian fighter jet that was taken down along with its pilot by the PAF’s sentinels near Pasrur during the 1965 war. The museum also preserves the memoirs of Pakistan’s young Nishan-e-Haider recipient, Rashid Minhas, and a monument is also built to pay glowing tribute to the martyrs of the wars of 1965 and 1971.

The nation salutes and pays tribute to the martyrs of 6th September. It’s only because of their sacrifices that we are enjoying our independence today. The history of Pakistan is replete with stories of valor, courage, and fearlessness of our martyrs and Ghazis, and the nation is indebted to them

20 best places to visit in Karachi