Sentinels of the skies: why PAF is the best fighting machine in the world
Recent View all
News
Read more

Home  »  Reviews   »   Sentinels of the Skies: Why PAF is the best Fighting Machine in the World 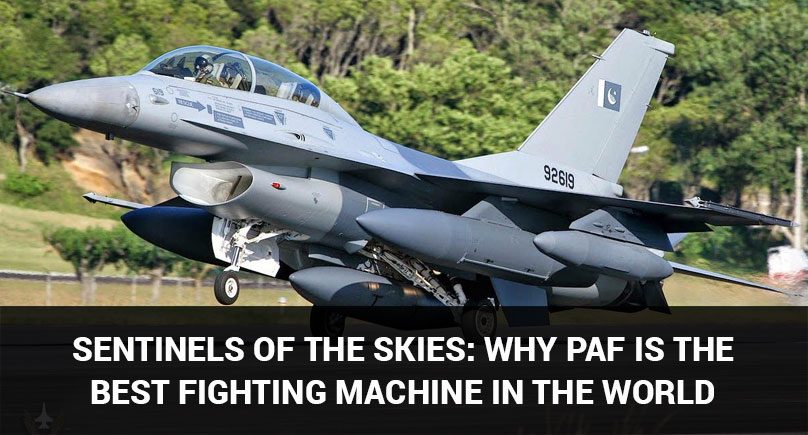 When the founder of Pakistan, the Quaid-e-Azam Muhammad Ali Jinnah, visited Pakistan Air Force school in Risalpur on 13th April, 1948, he articulated these historic sentences: “There is no doubt that any country without a strong air force is at the mercy of any aggressor. Pakistan must build up her air force as quickly as possible. It must be an efficient air force second to none and must take its right place with the army and the navy in securing Pakistan’s defence.”

Since Mr. Jinnah was well aware of the significance of an air force for the defence of the country, he wanted Pakistan to build a robust air force capable of competing with a power three times its size. This is the result of the Quaid’s illustrious vision that today Pakistan Air Force (PAF) is counted among the world’s best Air Forces. And this powerful fighting machine pierces the chest of the enemy like a thorn, while the “fantastic tea”, which is still very hot, will continue to revive memories of Pakistan’s hospitality.

However, behind the PAF’s remarkable journey lie the tales of constant struggle, love for the country, and a strong faith in the Almighty, leading us to recognize that our Air Force is our pride and a source of inspiration. In this context, when we asked Air Vice Marshal (retd.) Abid Rao about what distinguishes the PAF from other air forces, he said that after the partition, India had usurped Pakistan’s more than 500 million rupees, while it also did not give Pakistan’s due defence budget because it always wanted to establish its hegemony in the region. Therefore, in light of the Quaid’s vision, Pakistan adopted an aggressive approach against India right from the outset, by strengthening its flying capability and training its pilots as professionally as possible. “We train our pilots on one key principle: our every war is the battle for survival and we are obligated to ensure the sanctity and respect of our mothers and sisters. No wonder, each pilot of the PAF is the best,” he added.

Mr. Rao further said: “We have been trained for 40 long years in flying skills; if our neighbors fly a plane once in a day, we do it three times, as even one minute of dereliction can raise questions over our capability to defend our country. That’s why, being the sentinels of our skies, we remain alert 24 hours a day.”

He went on to say that Pakistan Air Force has been fortunate to have the best and most competent air chiefs, who always chose the best machinery and fighter jets to enhance the defence capabilities of the air force. Liaquat Ali Khan’s visit to the US in 1950 resulted in Pakistan getting some of the best aircraft, which helped us improve our training and flying skills. And the world saw its manifestation in the 1965 war. 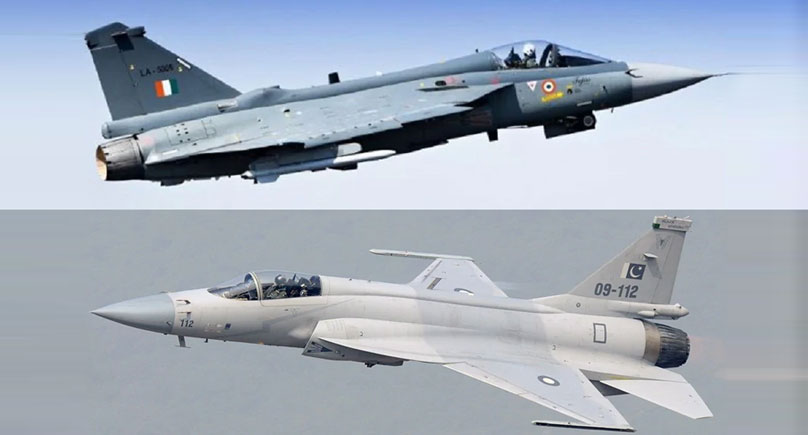 So, has this journey of the PAF been easy? Mr. Rao responded to this question by saying that the PAF underwent several highs and lows during this journey. “We had the toughest fifteen years when we suffered sanctions following the 1965 war; but even then, we had the jets from various countries, and it was during this time that we faced the worst war of 1971. However, our air force benefited immensely when, in the Afghan war, the US returned to us, which can be gauged by the fact that despite downing more than 10 Russian fighter jets, we did not suffer any harm. Nonetheless, in the 90s, when we were slapped with more sanctions, we had learned to be independent and upgraded our F-16 and Mirage jets after 9/11.”

On being quizzed about the PAF JF-17 Thunder enormous popularity and whether it can be compared with Indian Rafale jet, the Air Vice Marshal said with a smile that the entire concept, planning, and technical layout of the JF-17 Thunder is designed by the PAF as per its needs. He said that the PAF was now moving towards the third generation of the aircraft, adding that JF-17 Thunder Block 3 speed was unmatched. As for Indian Rafale, he said that no fighter jet is good or bad in itself; what’s important is that how that aircraft is used when needed, just as we did on the 27th of February, and the world once again approved of our defence prowess. “We jammed the radio by locking the air, and downed their jets and arrested Abhinandan,” he added.

We also spoke to a top official of the PAF with regard to the PAF JF-17 Thunder, who on the condition of anonymity, said that in air-to-air combat, SU 30 and Rafale jets have the same capability. As for the SU 30 jets, he said, that most of them have crashed due to some technical fault while only one  have been downed by the PAF. He added that the same principle applies to the capability of Rafale jets as well. The official said that the JF-17 Thunder jets far outstrip these two Indian planes in terms of flying performance and capability, and the world has acknowledged this fact. 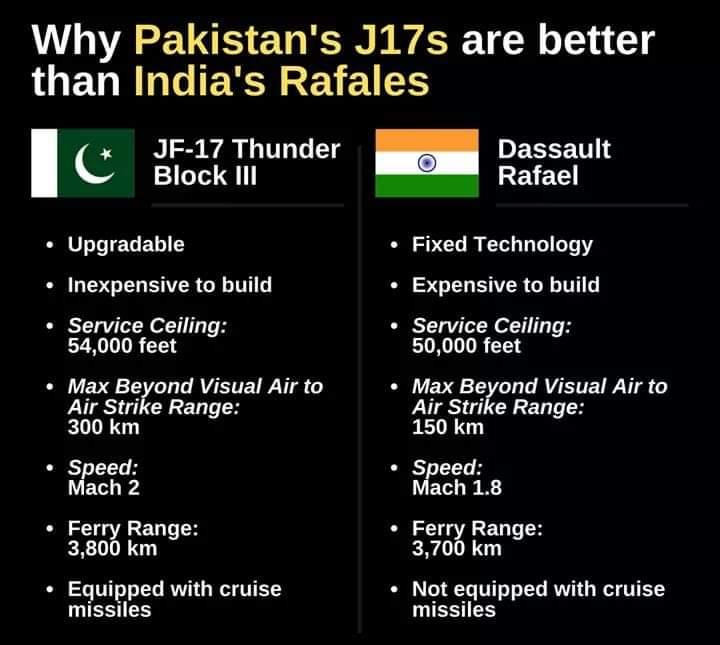