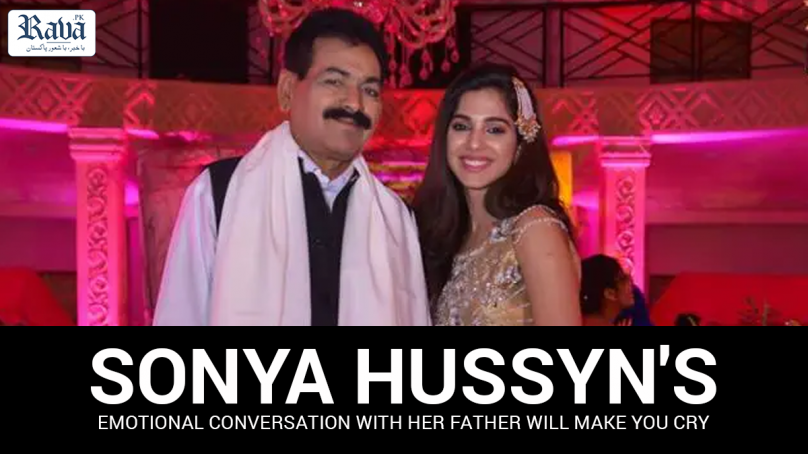 Pakistani celebrities also shared photos with their fathers and wrote them heart-warming notes where the celebrities thanked their dads for everything. As some celebrities shared their pictures with their kids, some wrote notes for their husbands for being the best dads and we were hooked to all.

Some of the posts were just so heart-touching that they made everyone emotional. There were posts of celebrities who were reminiscing their memories with their fathers and there were some who were making efforts to rekindle their relationship with their dads. It was a chance for them to tell their fathers how much they love them.

One of such instances, we saw on the actress Sonya Hussyn’s Instagram.

Sonya shared a heartwarming phone call conversation with her father where she said “I love you” to him. She wrote an emotional note where she explained that she never got the chance to tell her dad how much she loves and she finally took Father’s Day to express her love for him. She also said that this part was missing from her life all this time.

As she expressed her love to him, he reciprocated with love too and tears too. The father-daughter duo got emotional and left us teary-eyed.

Sonya also showed gratitude towards her co-star and an iconic actor Adnan Siddiqui for encouraging her to make this move.