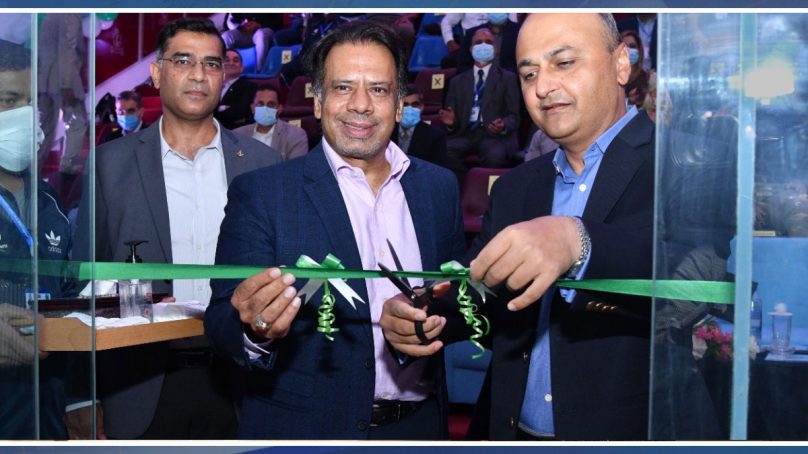 During the Chief of the Naval Staff International Squash Championship, 24 players will prove the mettle of their skills, which include 15 international players from Egypt, Hong Kong, Kuwait, USA, and 9 players from Pakistan.

Earlier, Tournament Director, Commodore Kamran Ahmed in his opening remarks apprised the audience that the Pakistan Navy is conducting the Chief of the Naval Staff Open Squash Championship for the last two decades. A total of 23 matches will be played including 4 Quarter Finals, 2 Semi-Finals, and a Final match. Commodore Kamran Ahmed expressed the hope that the championship will be helpful in the promotion of sports in general and Squash in particular. The Tournament Director appreciated the spirit of players, officials, and sponsors for their support and presence in this mega event.

The inaugural match of the first round was played between Max Lee of Hong Kong & Zahir Shah of Pakistan and Max Lee was declared winner of the match.

The opening ceremony was attended by civil & military dignitaries, sponsors, and senior players of squash.