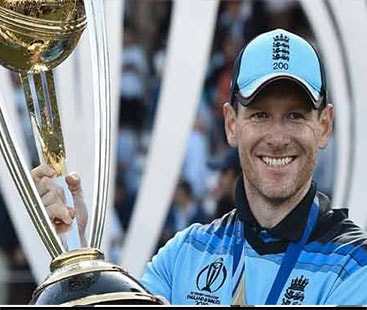 After winning the World Cup final match at Lord’s on Sunday, English captain Eoin Morgan believes that both Irish luck and Allah were with the team during the nerve-wracking victory.

Team England, who won their maiden World Cup title with a win over New Zealand, comprises of players belonging to Pakistan, South Africa and Barbados.

When asked, if England had enjoyed the famed luck of the Irish, Captain Morgan, who is from Ireland, said: “I spoke to Adil [England leg-spinner Adil Rashid], he said Allah was definitely with us.”

“It actually epitomises our team, quite diverse backgrounds and cultures,” he added.

Morgan hopes his side’s “incredible journey” to World Cup glory will inspire a new generation of fans in the sport’s birthplace.