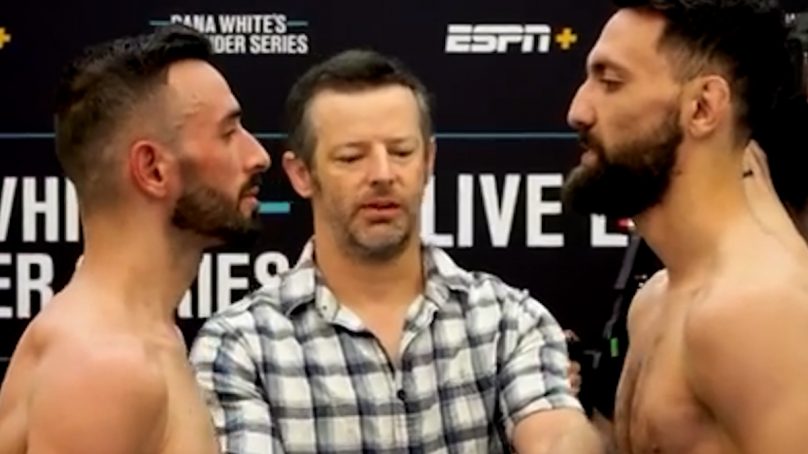 Afghan Mixed Martial Arts (MMA) Fighter, Javid Basharat, defeated Israeli fighter, Oron Kahlon, in the Ultimate Fighting Championship (UFC) match which was a fitting response to the Israeli fighter who called the Afghan leopard a ‘terrorist’ during the pre-fight staredown. Basharat, who refused Kahlon‘s handshake before the fight, dominated him throughout the match with the elbow attacks till Kahlon submitted to a guillotine choke.

Responding to Kahlon’s rude remarks in the post-event press conference, UFC president Dana White said, “Justice was served.” This fight has earned the Afghan leopard a UFC contract and now his professional record has reached 11 wins and zero losses which is undoubtedly how every professional athlete wishes to perform. UFC expressed their joy and wrote a tweet saying “Came in with a point to prove and comin’ out with a contract. Welcome to the UFC Javid Basharat”.

This sure was a befitting reply to the Israeli fighter’s arrogance. Do you agree?