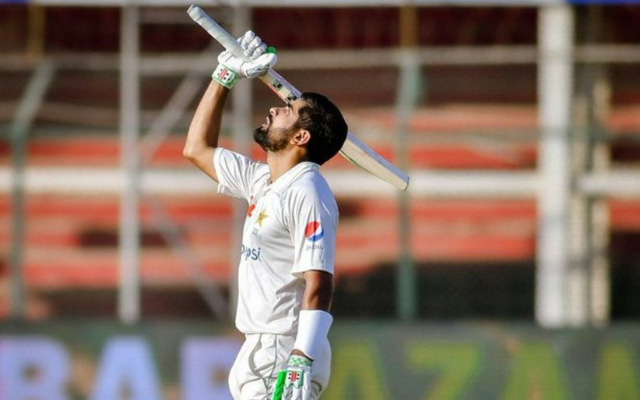 Pakistan captain Babar Azam made short work of Australia’s bowlers on Wednesday, setting a couple of massive records in the process. Babar scored 196 off 425 balls, the highest score by any captain in a Test’s fourth innings. The feat was accomplished on Day 5 of the ongoing second Test at the National Stadium in Karachi. Earlier, the stylish right-hander surpassed former Pakistan batter Younis Khan’s record for the highest score by a Pakistan player in the fourth innings of a Test. In 2015, Younis scored an unbeaten 171 against Sri Lanka.

The 27-year-old player holds the record of being the first Pakistani batter who stayed on the wicket for 607 minutes in the fourth innings of the Test match, beating the record of Shoaib Malik who batted for 488 minutes in 2006. Babar is now the 2nd player in the world and the first Asian player who managed to stay on wicket for over 10 hours in the 4th innings of the Test match. He also became the first Pakistani batter to play over 400 deliveries.

Additionally, as the bowling is concerned, the exceptional partnership of Babar Azam and Abdullah Shafique is by far the longest partnership in the fourth innings as the duo scored 228 off 524 balls. Rahul Dravid and Deep Dasgupta held the previous record of 500 balls in 2001.