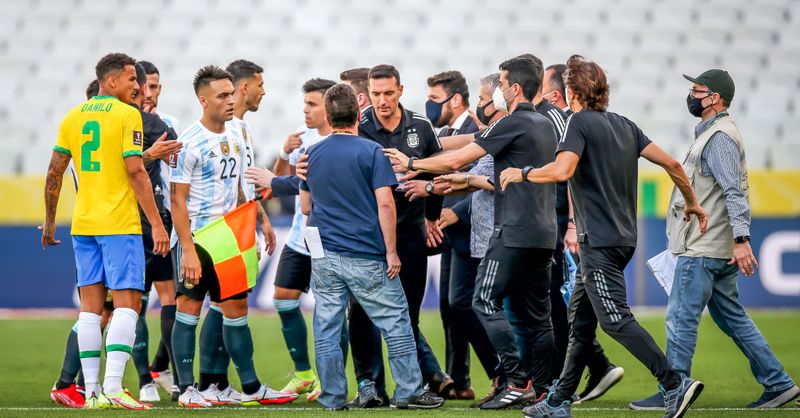 A World Cup Qualifier between Argentina and Brazil was suspended when the health officials intervened in the match accusing the members of the violation of COVID-19 quarantine SOPs. Aston Villa goalkeeper Emiliano Martinez and Tottenham duo Cristian Romero and Giovani Lo Celso were on the pitch when the dramatic intervention of the health authorities 7 minutes after the game led to its cessation.

The abovementioned players have reportedly breached the Brazilian rules that stated that the travelers who have visited UK, India, or South Africa must not enter the country unless they are Brazil nationals or permanent residents.

As the match was stopped, the Argentinian captain Lionel Messi and the coaches were seen discussing the situation. Messi was heard saying that they could have told the players before the match started as everyone was in the stadium earlier to the match.

The final report will be released after the discussion between FIFA Disciplinary Committee and the match officials. They will be deciding the steps that must be taken, as per the statement by the South American Football Confederation (CONMEBOL). This rule was imposed as COVID-19 has killed over 583,000 Brazilians.