Home  »  Sports   »   Cristiano Ronaldo: The World at His Feet
Sports

Cristiano Ronaldo: The World at His Feet

Cristiano Ronaldo: The World at His Feet,” narrated by Benedict Cumberbatch, gives viewers a revealing, behind-the-scenes look at one of the most polarizing celebrities in the world of sports. It follows the life of Ronaldo from his humble upbringing to becoming the star player for Real Madrid and leading his Portuguese team to the World Cup. The film features appearances and interview footage from David Beckham, Pele, Sir Alex Ferguson (Former Manchester United Manager), Jose Mourinho (Chelsea Manager), Lionel Messi, Wayne Rooney, Gary Linekar, Sir Bobby Charlton, and an exclusive interview with Ronaldo. 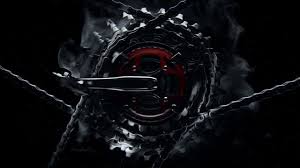