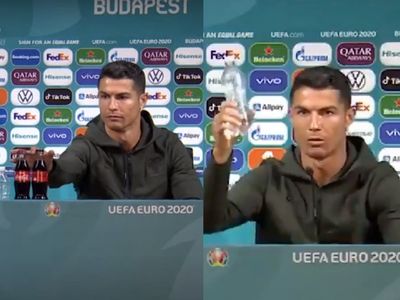 The legendary Cristiano Ronaldo advocated health and cost Coca-Cola $4 billion. In the ongoing UEFA European Football Championship, a press conference was held before the match between Hungary and Portugal where two Coca-Cola bottles were placed in front of him for branding. The Portuguese player removed the bottles and brought his water bottle into the frame, saying “Agua” (Portuguese for Water).

He advised the fans to choose water over Coca Cola and this act of the player had cost the Coca-Cola company a huge loss. The video went viral on social media. Some people appreciated his act while some didn’t claim to have a great impact on the brand.