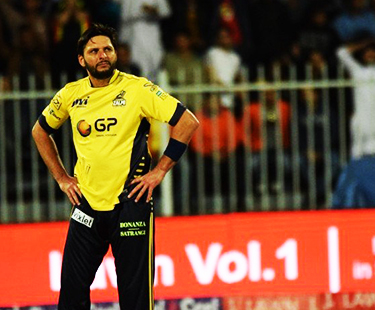 Critics lash out at Shahid Afridi over ‘sexist’ remarks

The book is the ex cricketer’s autobiography, and was released last week in Pakistan and India.

“It’s for social and religious reasons that I’ve made this decision regarding my daughters not competing in public sporting activities and their mother agrees with me,” wrote Afridi.

“The feminists can say what they want; as a conservative Pakistani father, I’ve made my decision,” he added.

Critics soon lashed out at Afridi calling him as a “misogynist” and “hypocrite”.

“Afridi is no better than a typical middle-aged average Pakistani guy, who wouldn’t mind hanging out with someone else’s daughters but would balk if his own did the same,” tweeted Salman Siddiq.

“His daughters, his decisions? Really?? So the girls’ voices and choices don’t matter? Not even when they’re adults? Because #FatherHasSpoken,” added Asha Bedar on Twitter.

Pakistani author Bina Shah also roasted Shahid Afridi, telling the BBC his decision was an example of “Pakistani macho culture that says I am the father, I can say what my daughters are going to do and not do, and there is not a thing that you can do to stop me.”

People also gave examples of other players which included the Egyptian football star at Liverpool Mohamed Salah who has advocated for the equal treatment of women in the Islamic world.

A video of Salah’s celebrating as his little daughter scored goal ahead of Liverpool’s last game of the season at Anfield went viral over the weekend.

They fired at Afridi saying he should learn a thing or two from other sportsmen.

Critics also said that Afridi’s remarks are an insult to the Pakistan’s women cricket team.

“I don’t judge anyone or meddle in people’s life,” Afridi tweeted on Sunday as a response of the backlash.

“I expect the same too from others. May Allah bless my daughters and daughters/women all over the world! Let people be. My daughters are very precious to me! My life revolves around them.”

This is not the first time that Shahid Afridi has been called out for misogyny and gender biased remarks.

What’s your take? Let us know in the comments below.