Disappointed and hurt': Arthur hits out after Pakistan axe
Recent View all 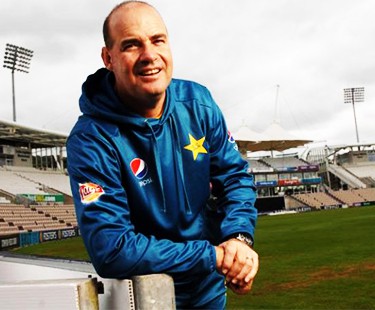 Mickey Arthur said he was “disappointed and hurt” on Wednesday as he was axed as Pakistan coach following an underwhelming World Cup.

Arthur, who has been linked with a move to England, said he had done his best with Pakistan who narrowly failed to reach the World Cup semi-finals.

“I am extremely disappointed and hurt,” the South African told AFP shortly after the Pakistan Cricket Board announced his departure.

“I did my wholehearted effort to lift Pakistan cricket,” he added.

Arthur´s contract expired after last month´s World Cup, won by hosts England, and he had asked for a two-year extension.

But Pakistan Cricket Board chief Ehsan Mani said Arthur and his coaching staff, including assistants Grant Flower and Azhar Mahmood, were all out.

“PCB will be immediately undertaking a robust recruitment process after it decided not to renew the contracts of head coach Arthur, bowling coach Azhar Mahmood, batting coach Grant Flower and trainer Grant Luden,” the board said in a statement.

Pakistan´s new coaching staff will be appointed after a four-member committee assesses the team´s performance at the World Cup, it said.

Reports say Arthur is on the shortlist of names for the next England coach after Trevor Bayliss departs following the ongoing Ashes Test series.