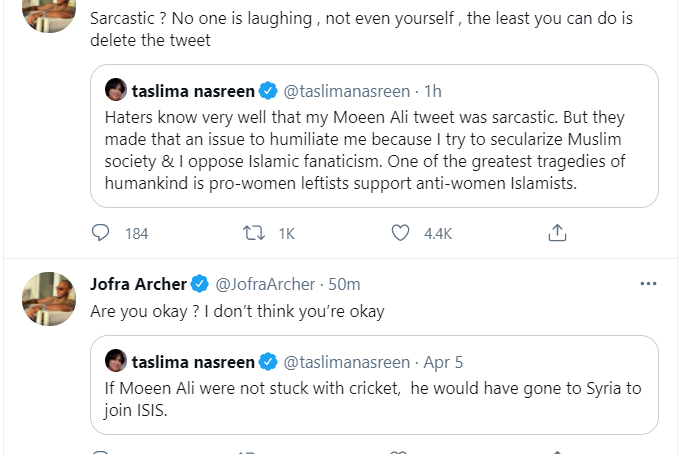 Taslima Nasreen, a Bangladeshi writer wrote a mean tweet against English all-rounder Moeen Ali. Nasreen commented that Ali would have been a part of the ISIS group if he had not been a cricket player. However, later she removed the tweet.

English cricketers supported their teammate and responded to Nasreen’s disturbing tweet. She received severe backlash from players like Saqib Mehmood, Ben Duckett, and Jofra Archer. Duckett in his tweet even asked people to report Nasreen’s account.

Later, the Bangladeshi writer made another tweet where she claimed her previous tweet to be rather sarcastic. Jofra Archer responded to this and said that the least Nasreen can do is delete her tweet about Ali.