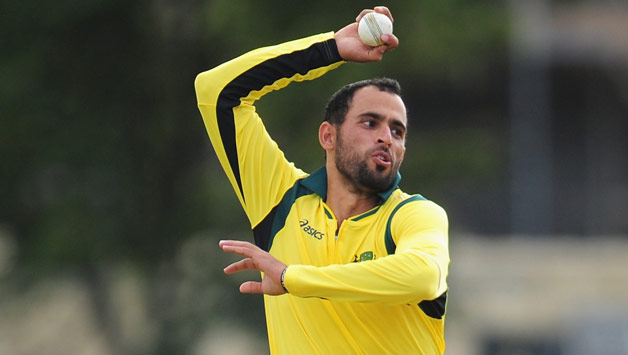 Australia’s Pakistan-born cricketer Fawad Ahmed has said a full-fledged Australia tour to Pakistan will benefit both Pakistan and cricket. In an interview, the 40-year-old spinner, who represented Australia in 3 ODIs and 2 T20Is, discussed how his teammates spoke to him about the security situation and cricketing arrangements in Pakistan. Fawad expressed his excitement upon the full-strength Australian team tour to Pakistan which is scheduled for the next month.

The KP born player said, “I am grateful to be back in Pakistan and looking forward to playing my part for my team. I did well in BBL and looking forward to continuing doing well here.” He added, “When I was in Big Bash, everyone was asking a lot of questions about the security and conditions like how the ball would behave, how the pitch would be, so I shared information in a good way and convinced them as well, I also spoke to CA and other officials too, and tried my best on my side to convince them, especially about security.”

He said that he explained that security in Pakistan would make everyone feel as secure as anywhere in the world and that the security would be tight. He mentioned, “This is a really good thing for Pakistan and even for cricket. When I was talking to the people back home, the team members, or from the support staff or the people in Cricket Australia, I would say, I requested them so let’s do it then for the game itself. Let’s do it for cricket.”

Do you think Fawad’s point is valid?