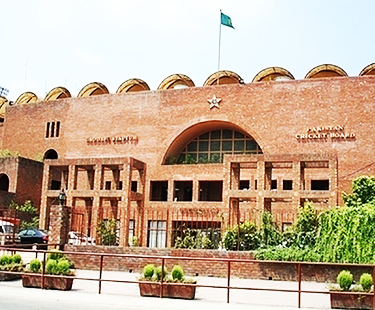 Former Test fast bowler Sarfraz Nawaz criticized the policy of the Pakistan Cricket Board (PCB) and national selectors to rest top Pakistani cricketers for the One-day series against Australia, he added that the series could have served as ideal preparation for the upcoming World Cup.

Speaking to media from London Sarfaraz Nawaz said that the decision of PCB was absurd and could sabotage Pakistan’s cricket.

“Win or loss does not matter, the first thing for the selectors is to field the best team and no one can justify the policy of resting the key players, especially when the World Cup is barely two months away,” said Sarfraz. “I don’t believe the PSL’s T20 matches were any serious activity which could cause fatigue to the players. “The PSL was just a cakewalk for the players and could not have been tiresome for them. So, this ‘rest’ logic is beyond me really.”

Iqbal said while the other teams of the world were playing with full strength, the selectors in Pakistan were giving rest to the players. He said it seemed there was no one to have a check on the cricketing affairs.

Iqbal was also critical of the PCB for not presenting any inspiring new domestic cricket structure to PM Imran in its recent meeting in Islamabad.

“Who selected Haroon Rasheed to give the presentation to the prime minister?” he questioned. “These are the same people who have their role in ruining cricket.”

So far, team Pakistan has not won any match in the five match ODI series against Australia. What do you think about PCB’s decision? Comment below.