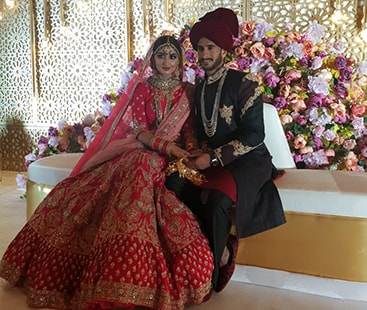 The news of Ali marrying an Indian national has been making the headlines since last month.

Shamia resides in Mewat, a district in the state of Haryana, and met Ali during a random dinner in Dubai. Impressed with her honesty, Ali courted Shamia and sent a marriage proposal to her, which was duly accepted.

Hasan has become the fourth Pakistani cricketer to get married with an Indian girl, after Zaheer Abbas, Mohsin Khan and Shoaib Malik.

Malik had a high-profile wedding with Indian tennis star Sania Mirza in April 2010 and former captain Abbas was the first Pakistani player to marry an Indian woman.