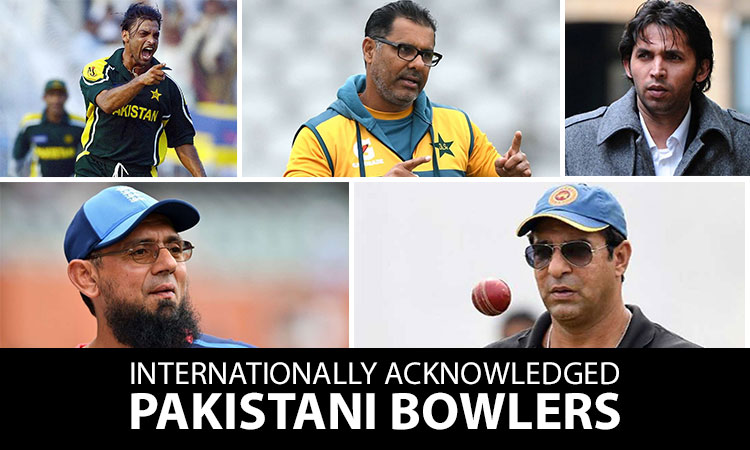 Right from the first day when Pakistan jumped into the world of international cricket to the current era, Pakistani cricket is known for giving birth to the best bowlers in the world. From Imran Khan to Muhammad Aamir, Pakistani bowlers have hit the bails in every stadium of the world.

A lot of experts and commentators have been heard praising Pakistan for producing top quality bowlers.

So, we at Rava thought to list some of the best bowlers in Pakistani cricket from earlier days of cricket till now.

Scroll to and sneak into the list of top Pakistani Bowlers:

Arguably, top of the list, Imran Khan is among the best all-rounders Pakistan has ever produced. He gets the crown for winning Pakistan World Cup 1992 in Australia. He took more than 500 wickets in his career with 7000 plus runs. 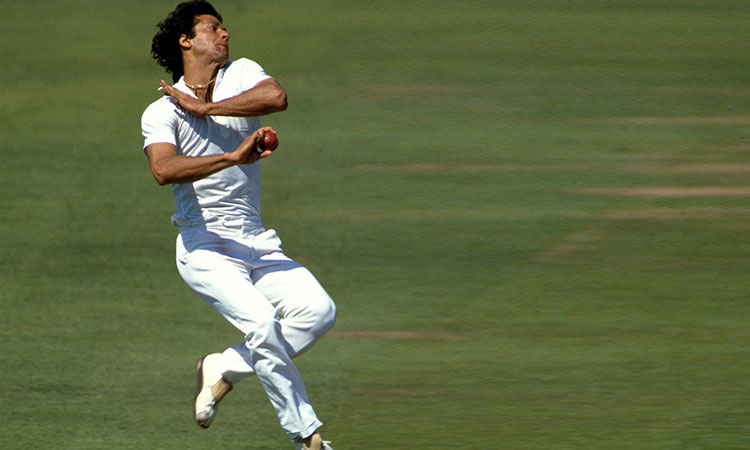 The Kaptan Khan was one of the greatest ever pacers the game ever saw. Due to his mentorship and guidance, young players like Wasim and Waqar made a name worldwide. Currently, he is the Prime Minister of Pakistan and Pakistan Tehreek-e-Insaaf’s chairman.

He is one of the many talented bowlers who played for Pakistan during the 90s but unluckily outshined by the exceptionally talented Aaqib Javed Sandhu had aggression, pace, two-way swing yet, he just played just 22 Tests and 163 ODIs for Pakistan and was a part of team for only a decade. 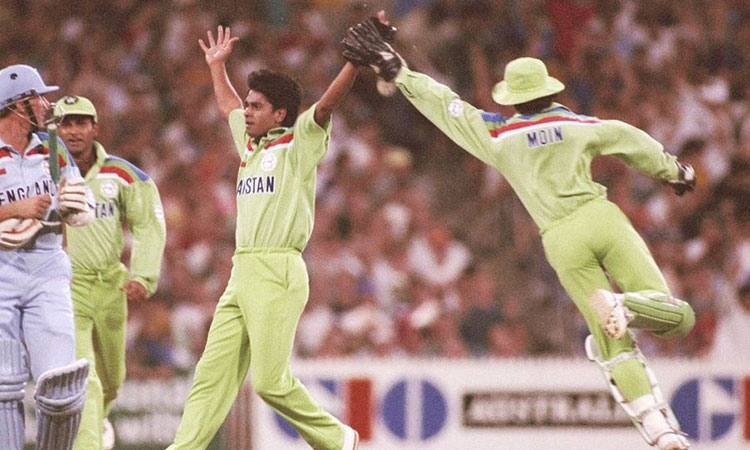 His slower ball was a delight to watch and thereby made him a powerhouse for cricket world to take lessons from.

Probably, the best left-arm fast bowler of all time, Wasim Akram was another legend who took Pakistan to newer heights. Just like his partner-in-crime Waqar Younis, Wasim too could make the ball walk and talk. 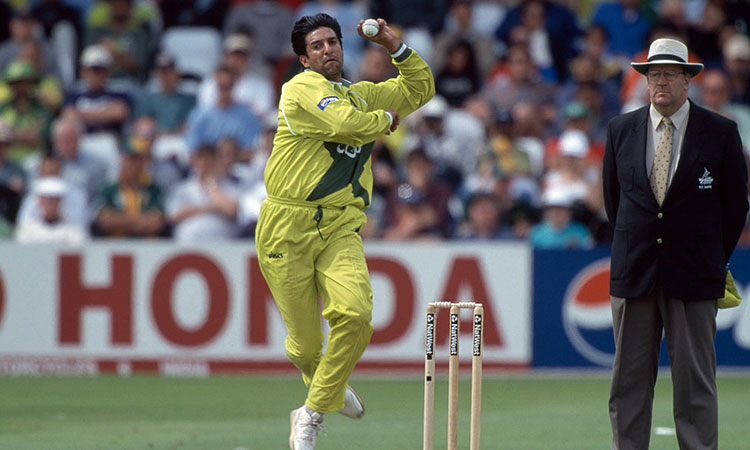 The ‘King of Swing’ appeared in 104 Tests for his nation and bagged 414 wickets at 23.62 with 7/119 being his best. Wasim, who played for Hampshire and Lancashire in English county cricket, took 57 scalps against England in 18 games.

His tally of 916 international wickets makes him the highest wicket taker for Pakistan in history.

As a bowler, he was devastating and incredible. His 36.6 career strike rate perfectly demonstrates his potential to take quick wickets. Undoubtedly, Waqar was one of the most skilled bowlers of all time. He was the man who put the reverse into the swing. 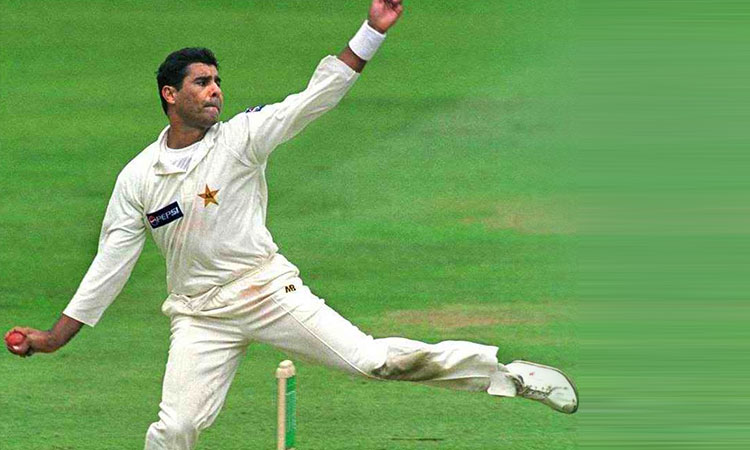 It was a trend to pitch the ball fast and short during the 1970s and 1980s, but Waqar changed the dynamics of cricket by pitching it quickly and fully. His quality of delivering late in swing, which fractured multiple stumps, is the reason why he’s still remembered as the king of swing in the world of cricket.

He played a total of 87 Tests, picking 373 wickets with twenty-two 5-wicket hauls and five 10-wicket hauls.

The world-famous Akhtar, dubbed as ‘Rawalpindi Express’ is a big name of cricketing world. This man enjoyed a worthy career of fourteen years with deadly bouncers, injuring batsmen and a lot of controversies as being a blunt-talking man. The terror of his lethal bouncers and toe-crashing yorkers has been validated by all the top batsmen of the world. 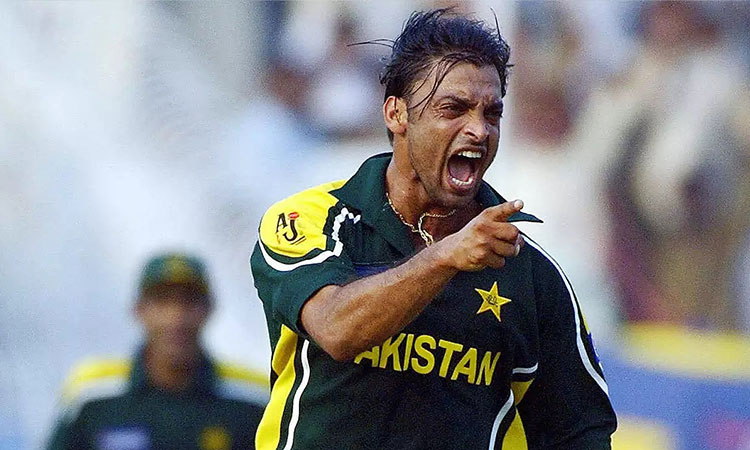 He set the world record at a speed of 161. 3 km/h (100. 23 miles per hour) in a pool match against England during the 2003 World Cup. Particularly phenomenal against England, he took 175 wickets in 46 test matches and 247 wickets in 163 ODI matches. His tally of 438 international wickets is still quite remarkable.

Shoaib Akhtar was the most controversial cricketer to ever lace up. Even after retirement, his autobiography, so aptly titled Controversially Yours, continued to fuel the fires.

Saqlain Mushtaq has been one of Pakistan’s finest spin bowlers, and British Pakistani cricket coach. He is recognized in the history of cricket as one of the greatest spin bowlers. 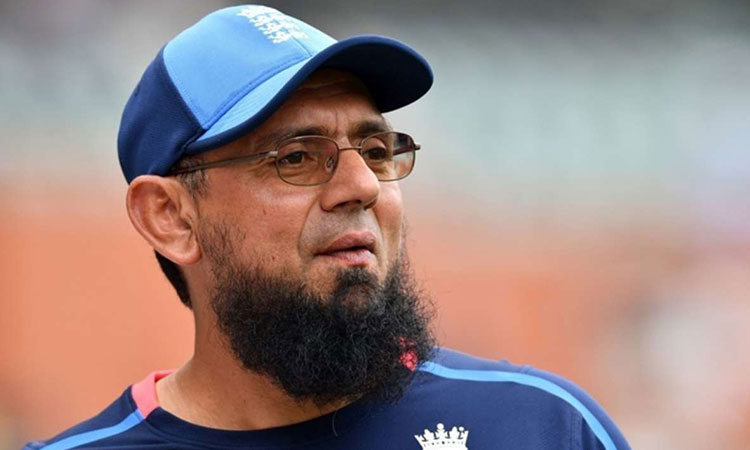 Pakistan’s cricket was deeply stained by the events of the 2010 England tour. The greater setback, however, was the loss of the most extraordinary fast bowling discovery in Pakistan. 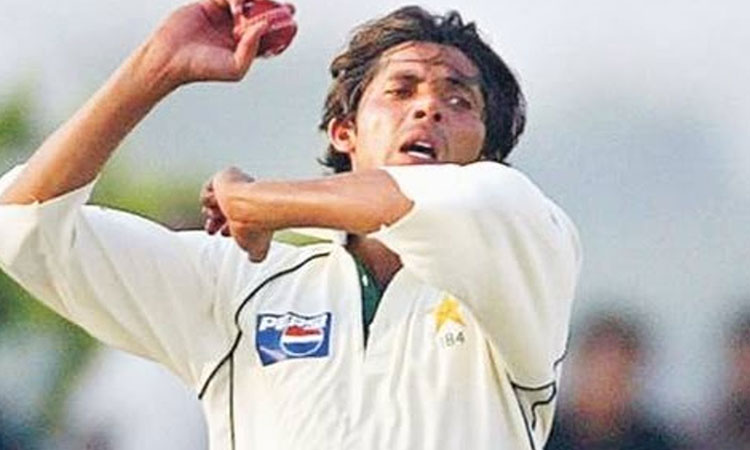 Some of the experts dubbed his as the next McGrath, and in the period during which he represented Pakistan, he had already provided enough reasons for a long time to remember his talent. He still has a total of 160 wickets throughout his international career at an impressive average of 26.5. A surprise return could significantly enhance these figures.

In 2009, Mohammad Amir made his Pakistan cricket team debut against Sri Lanka. He was picked as a fast bowler by former Pakistani fast bowler Wasim Akram at the fast bowling camp in 2007. He is one of Pakistan’s young, aggressive and immensely talented left-arm bowlers. 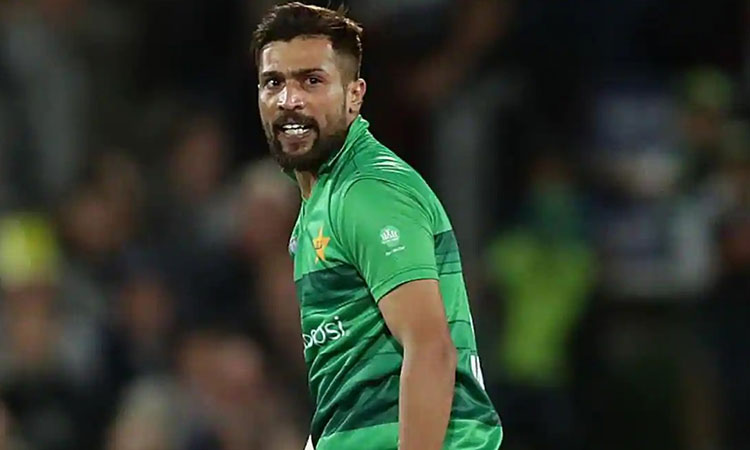 Deadly yorkers and in-swinging curlers are the specialty of this phenomenal left-arm fast bowler. Even though his one major blunder ruined his career and restricted his stats for five years. However, he made a classic comeback to international cricket. He’s taken 119 wickets in tests so far, 81 in ODIs and a total of 59 in T20 games.