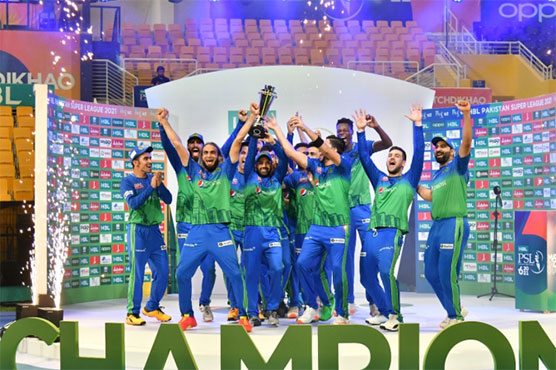 It’s a win for Multan Sultan in HBL PSL 6

Multan Sultan won it over Peshawar Zalmi in HBL PSL 6 finale. This is the third time for the Zalmis to have reached this far and not won the trophy. Multan Sultan defeated the heartbroken Zalmis by 47 runs and was crowned as the winner for HBL PSL 6 at the Sheikh Zayed Cricket Stadium in Abu Dhabi.

Sultans gave the target of 207 runs which the Zalmis could not chase. Hazratullah Zazai who had previously performed was dismissed by Muzarabani at six. The failure of Zazai left the team in despair and there was no coming back for them.