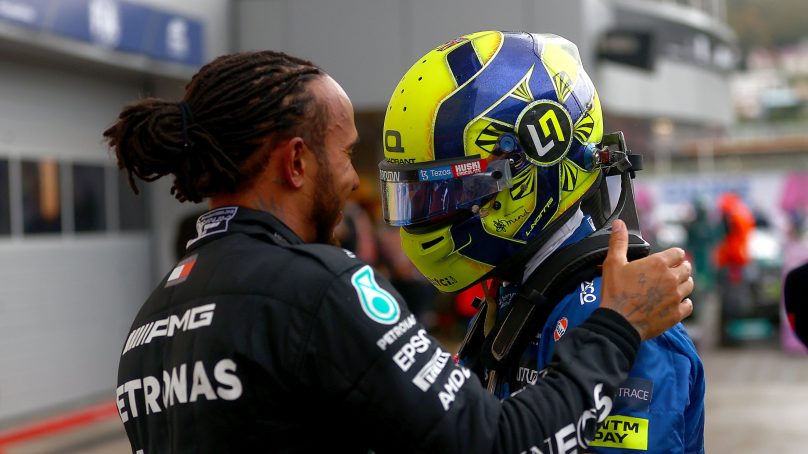 Lando Norris was so close to converting pole position for the Russian Grand Prix into an astonishing maiden victory when the tables turned and Lewis Hamilton ultimately claimed his 100th F1 win. Asked if he felt sorry for Norris, Hamilton expressed his support for the latter, saying ‘he has many wins ahead’ and there is much more to come for the 21-year-old racer as he did a ‘fantastic job’.  Additionally, Hamilton was all praises for Norris and his team which made it very difficult to beat him.

When asked about the decision of pit for intermediates, Hamilton said that he resisted it at first saying, “I think, for me, I was very much in no man’s land for a long time in terms of, I didn’t really know where I was in my race, I had no idea how far Lando was ahead… they were incredibly quick and he was doing a really great job.”

He also appreciated his team and stated that he blindly trusts his team whenever they called him in, he believed them adding that this the part of their collective journey. He gave all the credit for his victory to the team as they understood that the rain was coming and it would get worse.

Who is your favorite formula 1 racer?