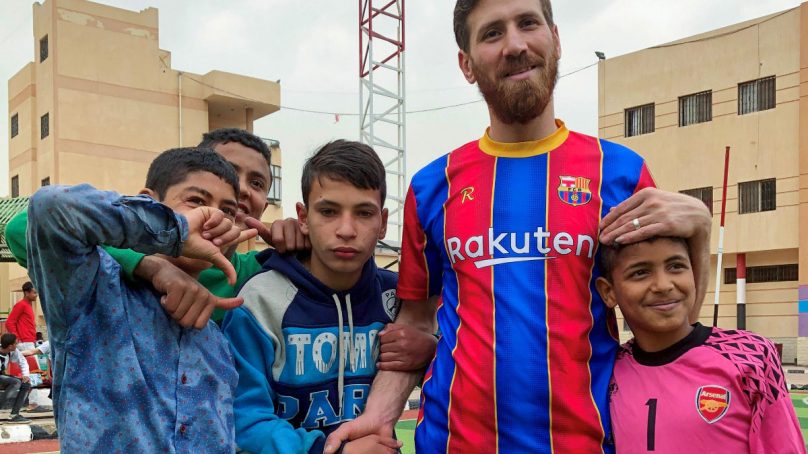 Kids in Zagazig, Egypt when spotted the Barcelona’s football player’s lookalike were charmed by his presence. The resemblance is so uncanny that people couldn’t help but take pictures with him. The 27-year-old Egyptian painter, Islam Battah is gaining fame in his locality as his striking resemble with Lionel Messi is caught everyone’s attention.

Battah explained when he initially started to grow a beard his friends had told him about his resemblance with Messi and when he grew the beard longer, the resemblance appeared clearer.

He told that the kids are super excited to see him and it delights him as well. One of the kids expressed his excitement and said that he felt like he was meeting the Barcelona player when he met Battah and now he cannot wait to see Mohamed Salah.