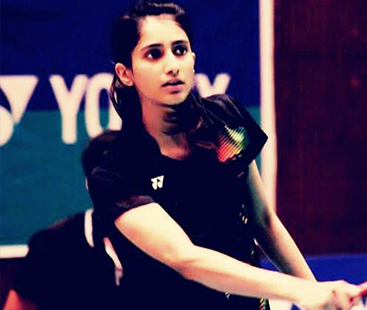 Pakistani badminton player Mahoor Shahzad claimed a bronze medal in the Bulgarian International Championships 2019 which were played from October 3 to October 6.

My journey in the Bulgarian International Championship 2019 concluded with a bronze medal for Pakistan. As the only Pakistani player participating in the tournament, I’m quite satisfied at making it to the top 3. I am gratified by the support, and working hard for the next events pic.twitter.com/lqnNpVpAMt

Mahnoor is a 22-year-old from Karachi. She is ranked 165 in the standings, had a walkover in Round 32.

Inga Sadaic and Mahoor Shahzad, who could not progress beyond the semi-final stage, were awarded the bronze medals.