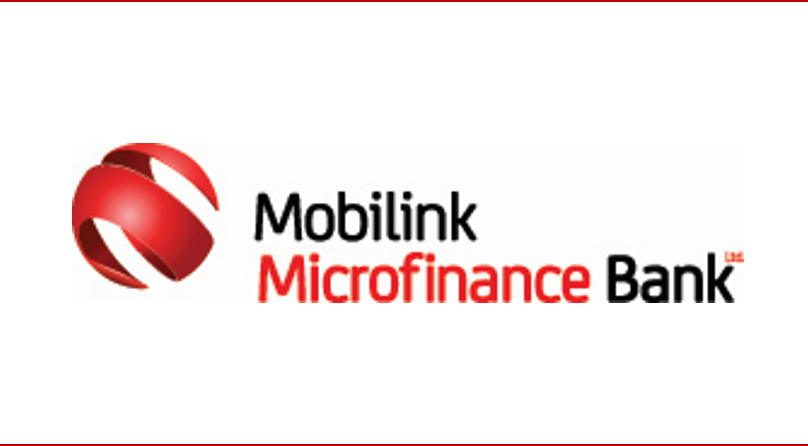 Islamabad, May 25, 2021: Mobilink Microfinance Bank Limited (MMBL) has been recognized as Pakistan’s largest microfinance bank in terms of growth in borrowers and savers during the first quarter of the financial year 2021. The latest issue of MicroWatch, a quarterly report on the country’s microfinance industry released by Pakistan Microfinance Network (PMN), reported that MMBL successfully increased its clients’ market share by over 18% besides taking over a staggering 47.7% of the market share in terms of depositors as a key industry player.

The MicroWatch report indicates that Pakistan’s microfinance sector is making steady growth. As per the report, MMBL not only sustained its continued growth amidst the raging pandemic but also grew its market share by leveraging its robust digital financial ecosystem. With the help of its digital credit facility, the bank-led a healthy net increase of 73.7% in active borrowers, the largest in the microfinance industry against the previous quarter.

Similarly, MMBL also reported an overall 12% increase in the number of net active savers against Q4, 2020. During Q1, 2021, the overall number of active savers in the microfinance industry stood at 64.7 million, registering an increase of 5% compared to Q4 previous year and 37% compared to Q1 last year on the micro-savings front. The growth in the number of savers was driven by M-wallets, whereby MMBL added 3.5 million wallets.

Commenting on the achievement, President & CEO MMBL, Ghazanfar Azzam said: “We are thrilled to receive recognition for MMBL’s standing as the largest digital bank in the country. The recent success is spurred by the bank’s innovation in digital technology to introduce a robust digital ecosystem that not only brings simple, swift, and accessible services but also removes hurdles in extending banking services to people across socio-economic and geographical boundaries. MMBL is committed to extending its superior services to more people and small and medium businesses to further the process of financial inclusion in the country.”

Mobilink Microfinance Bank is Pakistan’s largest digital bank that provides high-quality banking products and services to its customers. The bank’s innovative digital financial products and services for women, businesses, households, and Small and Medium Enterprises (SMEs) extend unprecedented ease and access to enable and empower the masses. The bank is driven by its core mission to promote financial inclusion for all. The bank has recently completed 9 years of successful operations in Pakistan.

MMBL is Pakistan’s largest digital bank with over 31 million registered users including 14 million monthly active digital wallets. MMBL is a leading player in lending to small and medium-sized enterprises with over 800,000 traditional individual and micro-enterprise loans disbursed, alongside more than 8,200,000 digital nano loans disbursed till May 18, 2021. MMBL is currently operating through 100 branches and a nationwide network of over 120,000 retail agents. MMBL was recently recognized as “Digital Microfinance Bank of the Year” by CFA Society Pakistan and also won a CSR award in the category of “Diversity & Inclusion Leader” by The Professionals Network. It is the only bank in Pakistan, microfinance or commercial, that was recognized by PACRA recently, as having a ‘Positive Outlook’ and continues to remain outside the agency’s Watchlist. Further, the Institute of Bankers Pakistan has also recognized MMBL as “Bank of the Unbanked” in recent years.

Shahid Afridi out of PSL matches due to a back injury

Zidane is no more a Real Madrid coach